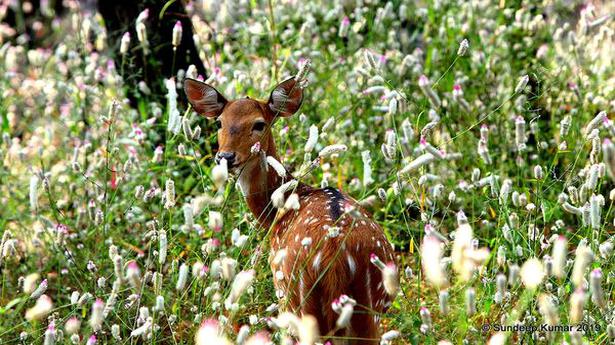 Spotting the king of the Indian jungle in the wild is an experience in learning about yourself. In this age of instant gratification it can be either a frustrating or a humbling experience to know that your chances of seeing the tiger are pretty much random. Which way you take it depends on who you are as a person. At the invitation of Taj Safaris, we were investigating the reported return of the tiger to Panna National Park in Madhya Pradesh. Panna had lost all its tigers to poaching by 2009 and it is only in the last decade through a careful process of relocation from other tiger reserves and natural breeding that the tiger population has climbed back to about 50. Leopards that had taken over the role of apex predator following the disappearance of the tiger can still be found, though in diminished numbers.

Rocks, rain and carbon dioxide help control Earth's climate over thousands of years - like a thermostat - through a process called weathering.

Watch | Dr. Dilip Mahalanabis and the discovery of ORS

A video on the late Dr. Dilip Mahalanabis, who discovered of Oral Rehydration Therapy

With frigid innovation, scientists make a new form of ice

Ordinary ice is crystalline in nature, with water molecules arranged in a regular pattern.