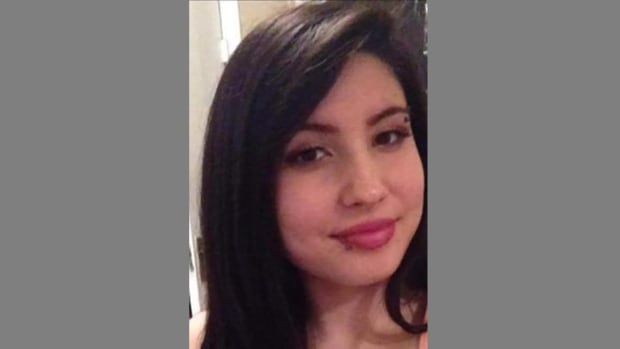 Flin Flon RCMP are searching for a missing 27-year-old woman who they say was last seen leaving a residence on New Year's Eve.

Around midnight on Thursday, Flin Flon RCMP received a report that Kara Fosseneuve had been missing.

She was last seen on New Year's Eve, RCMP say, as she was leaving a residence on Dadson Row in Flin Flon. She left on foot in an unknown direction and did not have her cell phone.

She has not been heard from since. Mounties have patrolled the area to look for Fosseneuve and have spoken with her friends and family.

Fosseneuve is described as five foot seven inches tall, weighing 150 lbs, with long black hair. She was wearing black boots, cut off blue jeans and a black jacket when she was last seen.

Creighton RCMP have been involved should Fosseneuve be in the area, nearly 5 kilometres away from Flin Flon.

Anyone with information on Fosseneuve's whereabouts is asked to call Flin Flon RCMP at 204-687-1423, Crime Stoppers anonymously at 1-800-222-8477, or secure tip online at www.manitobacrimestoppers.com.

The Bonavista E.R. keeps closing. Every week, these residents rally against their 'nightmare'

The sound of honking filled the air near the Bonavista hospital at lunchtime on Wednesday.

When he was six years old in Kremenchuk, Ukraine, Sasha Kaplin's father told him to pick a sport and stick with it.

Fredericton had a surge of COVID-19 just after the holidays, newly released wastewater data indicates.

Quebec provincial police are investigating after four people were found dead in a burned-out house in Lanaudière early Thursday morning.

$5 million for Winnipeg Transit security team a good start, union says, but devil is in the details

The union for Winnipeg Transit workers says the city's investment in a transit security service is a good start to tackle the issue of safety, and will hopefully encourage some riders to once again take the bus.

Saskatoon resident Adrienne Stone has had just about enough of Sunwing Airlines, after months of confusion around her family's winter vacation booking.

Major cash is already being bid on liquor store permits in Saskatchewan, despite the auction only opening a few days ago.

Neighbours speak out about supervised injection site in Charlottetown

Some people who live and operate businesses close to 33 Belmont St. in Charlottetown — the site chosen by the provincial government to be a supervised injection site — expressed concern Wednesday about how it could impact property values.