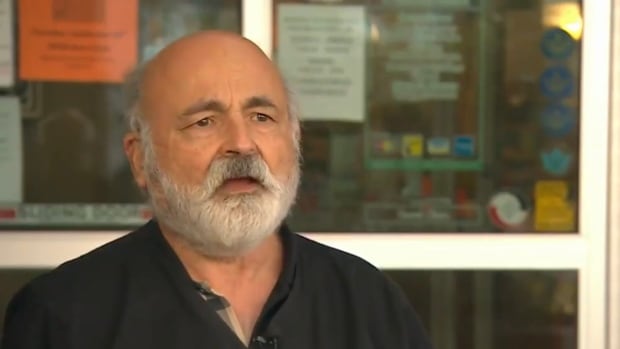 Whenever someone walks through the doors of the Fort St. John Pharmacy with questions about COVID-19 vaccines, Michael Ortynsky prepares himself for a long conversation attempting to convince them to get the shot.

"They're not anti-vaxxers, they're just frightened," he says of the people he talks to in northeastern B.C. who remain unvaccinated. "They have been getting a lot of half-truths and are very much misinformed about the reality of the vaccines and the pandemic."

Ortynsky says he talks to between two to five unvaccinated people a day, with each conversation lasting around 40 minutes. In them, he tries to address people's fears point by point, without judgment, knowing this might be the first time they are speaking directly to someone with a medical background.

"It's a delicate conversation to have."

And it's an important one: northeastern British Columbia remains the province's most unvaccinated region, with just 55 percent of residents over 12 counted as fully vaccinated in the Fort Nelson and Peace River North local health areas, and only 53 percent in Peace River South, compared to 83 percent for the province as a whole.

Collectively, B.C.'s northeast is the only part of the province where less than sixty percent of the population has been fully vaccinated.

11 Quebec towns will be without a mayor after elections

After 16 years of municipal politics, including 13 as mayor, Jean Bergeron was ready to hang up his skates.

Sakitawak is the Cree name of the Île-à-la-Crosse community in northern Saskatchewan, meaning "where the rivers meet."

What do you get when you cross a pontoon with a sauna?

An injured woman found lying on the highway near Fort Providence, N.W.T., has prompted a plea for the public's help from the RCMP.

10,000 cozy pairs of socks wanted to help those in need on southern Vancouver Island

Heavy rainfall season has hit the South Coast and for people living on the streets, keeping their feet warm and dry can be next to impossible. This is why a Victoria-based non-profit is asking British Columbians who can spare a buck or two for a pair of socks to help.

Quebec's largest nurses' union says health-care workers are beyond exhausted as they continue to feel the pressures of the COVID-19 pandemic and that the use of mandatory overtime to cover staffing shortages must end.

For many Nova Scotia universities, enrolment numbers are back to pre-pandemic levels after student counts waned in 2020.

The P.E.I. Humane Society was closed to the public on Saturday to give staff time to process a large influx of animals.

Dozens of Thorncliffe Park residents gathered in the rain on Saturday to protest the building of a mammoth rail yard in the community.

COVID-19 in Sask.: Record-setting 81 patients in ICU as of Saturday

Saskatchewan is reporting 411 new confirmed cases of COVID-19 on Saturday, as well as three more deaths from the illness.

Lucy Maud Montgomery has always been a big part of Emily Woster's life.

Delegates of the Newfoundland and Labrador New Democratic Party have voted in favour of a leadership review for the party.