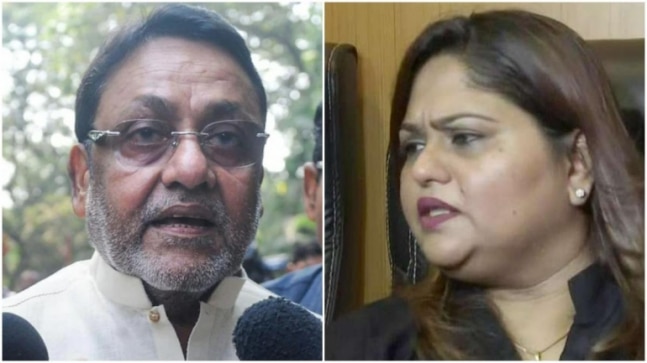 Sameer Wankhede’s sister Yasmeen Wankhede lodged a complaint against NCP leader Nawab Malik on Wednesday. She has also mailed a copy of her complaint to the National Commission for Women (NCW).

NCB zonal director Sameer Wankhede’s sister Yasmeen Wankhede lodged a complaint at Mumbai’s Oshiwara police station on Wednesday, requesting for an FIR against NCP leader Nawab Malik. She has also mailed a copy of her complaint to the National Commission for Women (NCW). Me n my Husband Sameer r born Hindus.We hv never converted to any other religion.V respect all religions.Sameer’s father too is hindu married to my Muslim Mom in law who is no more.Sameer’s ex-marriage ws under special marriage act,divorced in 2016.Ours in hindu marriage act 2017 pic.twitter.com/BDQsyuvuI7

"Request to take cognizance of my grievances so as to safeguard my constitutional rights as a woman with a further request to take appropriate steps to deal with the named accused in accordance with law, including issuing the appropriate directions to the concerned Police Station to register C.R. (F.I.R.) against Mr. Nawab Malik," she wrote in her complaint.