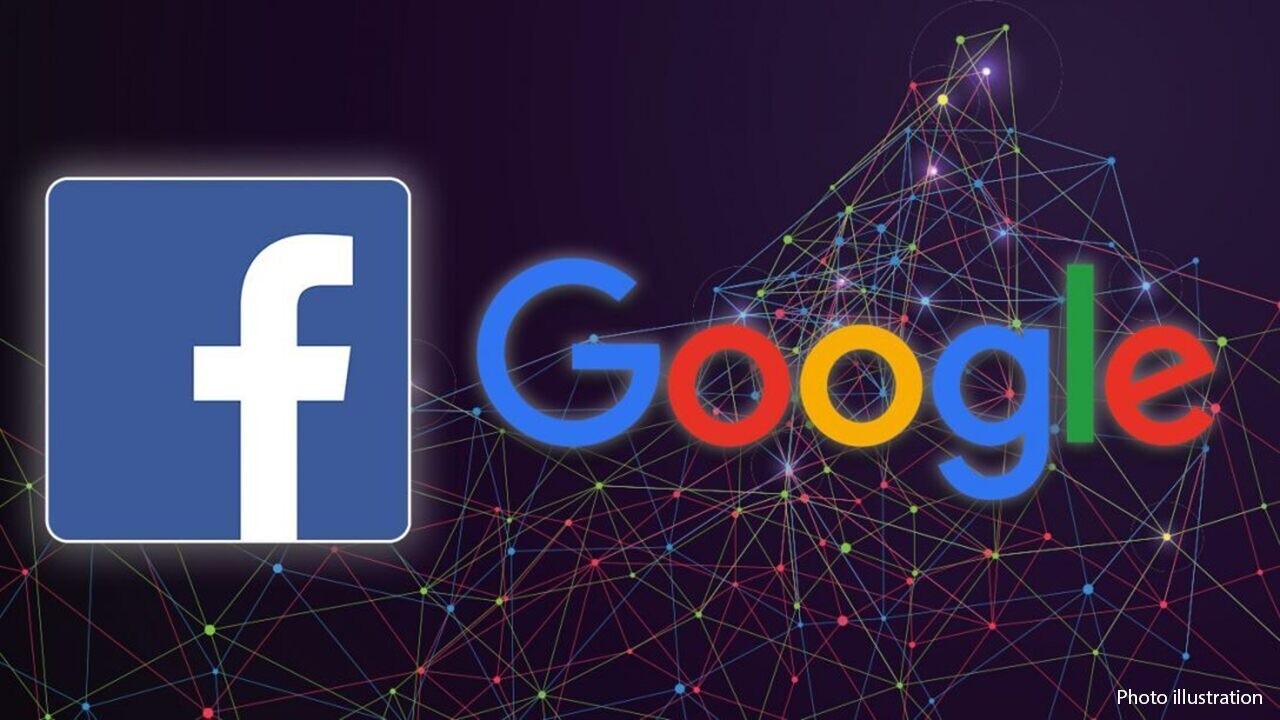 Doug Reynolds of the Charleston Gazette-Mail, a Pulitzer-Prize winning paper, filed a lawsuit claiming companies like Facebook and Google are allegedly manipulating the digital advertising market.

Reynolds told "America’s Newsroom," on Thursday that the tech companies "conspire to dominate the digital media space." "…the newspaper industry over the last 10 years has been making this … transfer to digital media, and what we found is, as we've gone into this world, that Google and Facebook make the rules of the game, they control the whole environment," the newspaper company owner stressed. "They compete against us for advertising dollars."

Trump says public education taken over by ‘pink-haired communists,’ plans to give power back to parents

Former President Trump’s education plan warns that the "major problem" is "pink-haired communists teaching our kids'" and vowed to restore power back to parents.

TUCKER CARLSON: Why we're paranoid about the American food supply

Fox News host Tucker Carlson investigates what is happening to chickens across America and how that relates to egg supplies and prices on 'Tucker Carlson Tonight.'

Bob Born, candy executive and 'Father of Peeps,' dead at 98

Ira "Bob" Born, 98, of Bethlehem, Pennsylvania, who led Just Born Quality Confections for much of his adult life and mechanized the "Peeps" manufacturing process, died Sunday.

Cindy Williams shared her faith in God: 'Power that was unconditionally good'

The actress Cindy Williams died in Los Angeles, her family announced. Among the legacies she left the world, aside from her acting, was a belief in God that she shared in books and interviews.

President Biden touted his electric vehicle tax credit on Monday with him in an expensive GMC Hummer EV that doesn't even qualify for it as Americans continue to struggle with inflation.

Southwest and American Airlines canceled dozens of flights in northern Texas by early Monday afternoon as reports of inclement weather in the coming week began surfacing.

South Korea drops indoor mask mandate, but many continue to wear them as concerns linger

South Korea has scrapped its mask requirement for most indoor public places. However, residents are still wearing coverings voluntarily as fears of infections linger.

The first GMC Hummer EV SUV was auctioned for $500,000 to raise money for charity on Saturday night and production kicked off on Monday at GM's Factory Zero.

Stephanie Seymour models her late son Harry Brant’s suit in new photoshoot: ‘It does help me with my grief’

Harry Brant, a rising model and son of supermodel Stephanie Seymour and publisher Peter M. Brant, died in 2021. The cause of death for the 24-year-old was an accidental overdose.

Do not fall for this medical equipment scam

Scammers are always out looking for their next victims. Kurt "CyberGuy" Knutsson helps you to watch out for Medicare scammers looking to steal your money from you.

The Mazda CX-90 is the largest vehicle the brand has ever built and it comes with the first straight-six-cylinder engine it's offered in one of its models.

President Biden claimed that Pope Francis does not want an end to taxpayer-funded abortion in the U.S., directly contradicting the pontiff's firm stance against the practice.

Los Angeles firefighters help deliver baby: 'They talked us through what to do'

Cool tech to keep you warm in the cold

Staying warm in cold weather is as easy as the switch of a button. Kurt "CyberGuy" Knutsson shows you the best wearable tech to keep you warm throughout winter.

Do's and Don'ts of charging your phone the right way

Kurt "CyberGuy" Knutsson outlines his top do's and don'ts of using your phone when charging so you can preserve as much battery on your smartphone as possible.

Wintry weather from Texas to the Tennessee and Lower Ohio Valleys canceled flights, schools as forecasters warned of dangerous travel conditions on some roadways.

Groundhog Day quiz! How well do you know the facts about this unique day?

Groundhog Day is February 2. Just ahead of the celebrations, here's a fun and festive lifestyle quiz — test yourself on all things Groundhog Day-related!

College admissions is facing a cheating epidemic. Colleges should do more to guard against fraud

Peoria Unified School Board District in Arizona is considering a radical science textbook that takes aim at biological sex.

China's communists don't have food, so now they want to control ours

A mom posted on Reddit's parenting subreddit that she's becoming "triggered" by her own child while using the "gentle parenting" model. Experts revealed the importance of discipline.

A dead whale washed ashore in Long Island, New York, the latest whale to wash up along the East Coast in recent months

On this day in history, Jan. 31, 1919, Jackie Robinson is born in Georgia — baseball pioneer, WWII veteran

Jackie Robinson was born in Cairo, Georgia, on this day in history, Jan. 31, 1919. He broke baseball's color barrier in 1947, excelled in four sports at UCLA and served in U.S. Army in World War II.