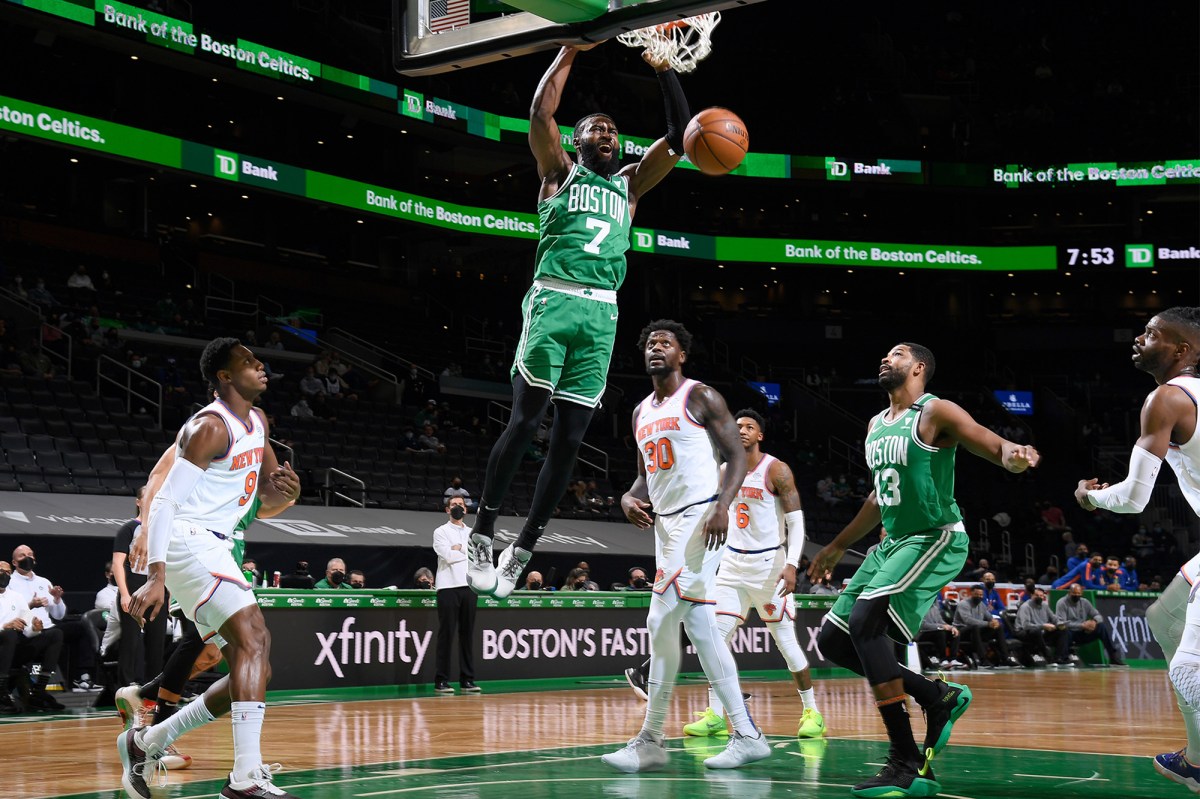 These two old rivals could well meet again in the NBA’s one-game, play-in event. Maybe then the slumping Knicks could turn this recent heartbreak into a something joyful.

Another defensive slugfest turned bitter and sour at the end as the Celtics rallied from a seven-point fourth-quarter deficit and eked out a 101-99 victory over the Knicks at TD Garden on Wednesday. The Knicks have lost five of six games and are now 2-8 in contests decided by three points or fewer this season. Losing nailbiters to top teams has been their recent modus operandi. Just ask the Nets, Sixers and Heat.