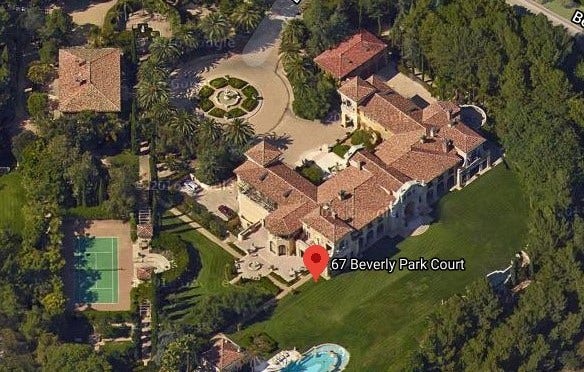 A Beverly Hills mansion that was the most expensive home to ever hit the auction block at $160 million has sold for an undisclosed sum.

Bidding opened up in December for the ultra-exclusive Villa Firenze, which finally sold on Feb. 2 through an online auction, Concierge Auctions announced earlier this week. After the deal goes through, it will mark "the highest price ever achieved at auction for a single-family home," according to the world’s largest luxury real estate auction firm. In the 53 days before the sale, the compound's auction listing drew 33,000 views from interested parties in 170 countries, chiefly the U.S., Canada, U.K., Netherlands, Switzerland Spain, Belgium, Austria and Germany. From there, over 1,800 "prospects" expressed interest, and a total of 31 showings were held. Bidders from the U.S. and China ultimately made offers.

Susan Lucci tears up when asked if she is dating after the death of her husband Helmut Huber: 'I'm not ready'

"All My Children" star Susan Lucci, 76, teared up while saying she was "not ready" to date again after the March 2022 death of her husband Helmut Huber.

A proposed bill in North Carolina would make it illegal for those in the medical field to perform gender-affirming care treatments on minors.

Michigan woman returns $15,000 in cash she found while walking to work

A woman in Michigan is being rewarded for her honesty after she returned a bag filled with close to $15,000 that she found to a pair of newlyweds.

British Airways takes heat from its own pilot for stifling social media rules: 'End of my flying posts'

British Airways faces backlash after refreshing its social media guidelines for employees on posting photos while they are professionally engaged.

A 70-year-old woman from Long Island, New York, fell down a 6-foot-deep sinkhole that suddenly opened just as she was walking through her front yard.