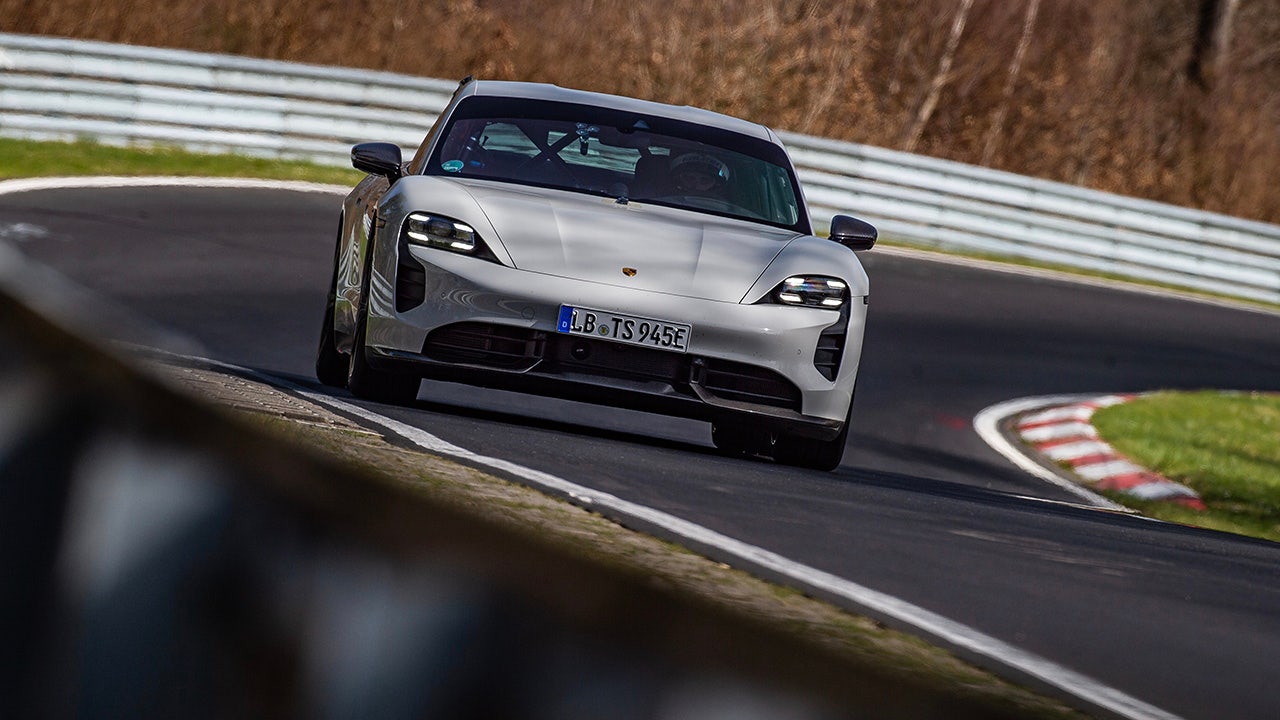 The rough and winding 12.9-mile-long circuit is used by automakers around the world for development and as a benchmark for their performance models.

A Taycan had previously set the record in 2019 at 7:42, but it was surpassed by a Tesla Model S Plaid last September that posted a mark of 7:35 around the same timing loop used.