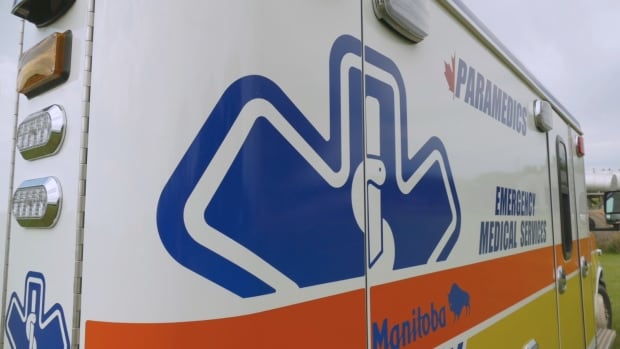 A southwestern Manitoba town marked the start of 2023 with the closure of its only emergency medical services station.

The EMS station in Wawanesa, just southeast of Brandon, was closed on Jan. 1.

That closure has been coming for years, said Dave Kreklewich, the head of council for the Oakland-Wawanesa municipality.

In 2017, Manitoba's Progressive Conservative government said it was moving forward on a large-scale transformation of the province's emergency medical services system, which would include closing more than a dozen rural Manitoba EMS stations.

"It's been a topic of discussion for a long time.… We knew it was coming," Kreklewich said.

"It's been bare bones and we've been doing everything we can to maintain it, but it's now got to the point where ... it's not workable any longer."

Before COVID-19, Wawanesa's ambulance service never experienced staffing shortages, he said, but that changed when the pandemic hit.

But Kreklewich said there are fears the lack of a local ambulance in the area will increase response times.

"You still need somebody that's available to give ... immediate care."

EMS coverage is the responsibility of the provincial Shared Health organization and the provincial government, Kreklewich said, and he hopes they can get a handle on what he calls a "crisis" in the health-care system.

Jason Linklater, president of the Manitoba Association of Health Care Professionals, said while the closure of the Wawanesa EMS station is unfortunate, it speaks to a larger issue of rural paramedic staffing and funding.

"Rural EMS is in a crisis right now," Linklater said. "We don't have the number of paramedics we need to service Manitobans."

A spike in inmate deaths in Ontario has prompted dozens of advocacy groups, academics and others to send an open letter to the province's solicitor general calling for an "independent oversight body for correctional institutions."

After the video of the beating death of a young Black father by police in Memphis, Tennessee, officers in southwestern Ontario are speaking out about the killing.