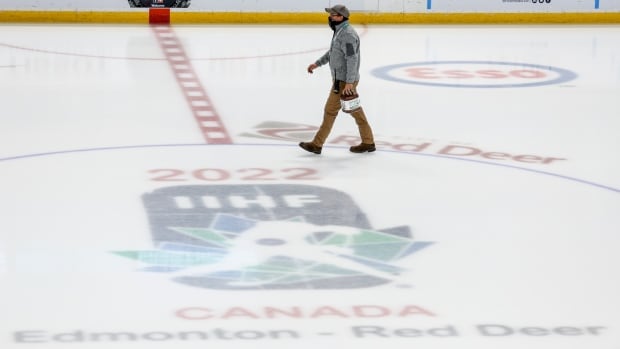 A Calgary police spokesperson said the airport unit was called to a plane around 5:45 p.m. Friday to help Air Canada staff keep peace and deplane passengers, due to a "disturbance involving multiple passengers in the aircraft cabin."

Police say hockey players from the Czech and Russian teams who were in Alberta to compete in the world junior hockey tournament were deboarded and some were not permitted to reboard.

Police say there was no physical removal, and all passengers were compliant. Police would not confirm the reason for the removal.

The Calgary airport's website says there was an Air Canada flight scheduled for Frankfurt, Germany at 5:45 p.m. Friday. That flight did not leave until 8:46 p.m.

International Ice Hockey Federation (IIHF) is gathering further information on this incident from the relevant authorities and will refer the incident to the IIHF Ethics Board to determine if the Russian National Team's actions violated the IIHF Ethics Code, Adam Steiss, communications manager at IIHF, said in a statement to CBC News.

Following the ethics board's decision, the incident will be referred to the IIHF disciplinary board for sanctioning.

The Canada Border Services Agency (CBSA) said they are aware that several passengers were deplaned from an outgoing flight at the Calgary International Airport on Friday, but there is no ongoing CBSA investigation related to the matter.

While CBSA did not say why the passengers were deplaned, it said that CBSA does not pursue enforcement action related to public health orders.

Requests to Air Canada at time of publication had not been returned.

Earlier this week, the continued forfeiture of games due to COVID-19 ended the World Junior Ice Hockey Championships in Alberta after just four days.

COVID-19 caused players from the United States, Russia and Czechia to be put into mandatory quarantines by Wednesday, when nine of 31 games had been played.