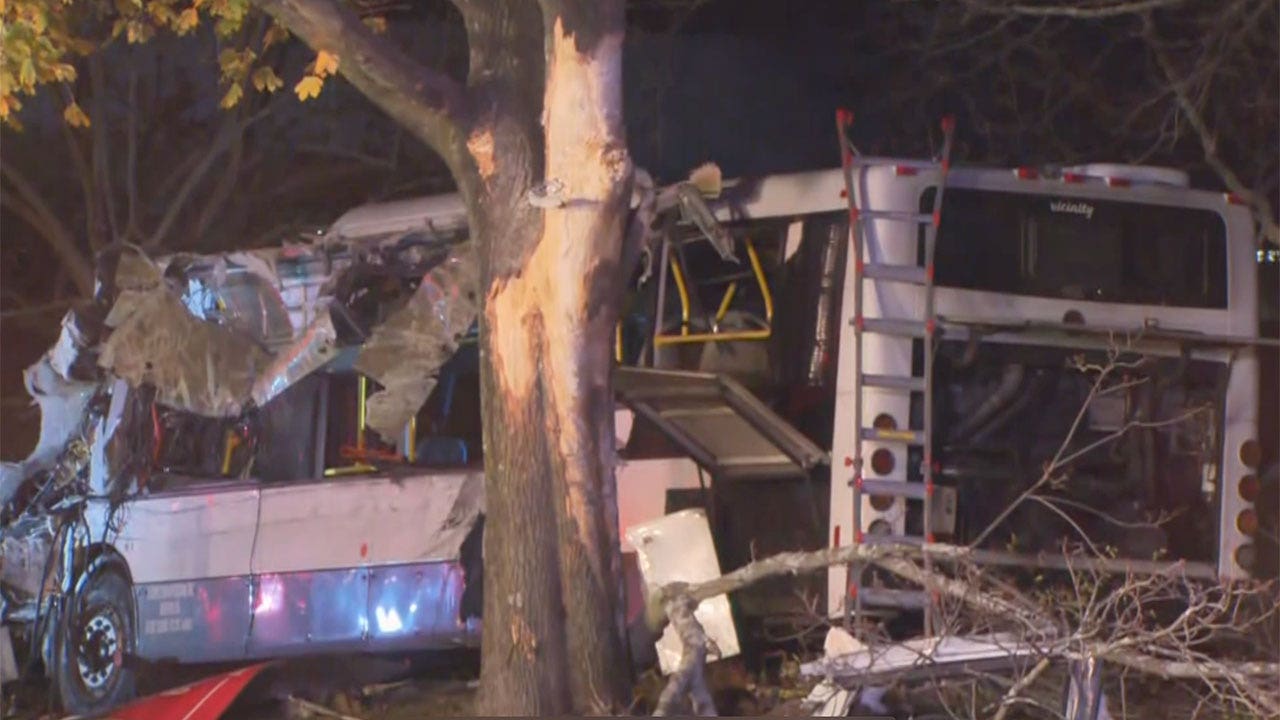 "The preliminary investigation suggests that the bus crashed into a tree on South Street at approximately 10:32 p.m.  One student was pronounced dead on scene," the statement read. "The remaining 26 students and the driver of the bus sustained injuries of varying degrees and were all transported to area hospitals."  Haley Chi-Sing is a Fox News Digital production assistant. You can reach her at @haleychising on Twitter.

Video at the scene shows the bus badly wrecked, with the front and left side of the bus heavily damaged. The bus contained several broken windows and stood up right next to a tree and branches strewn all around.