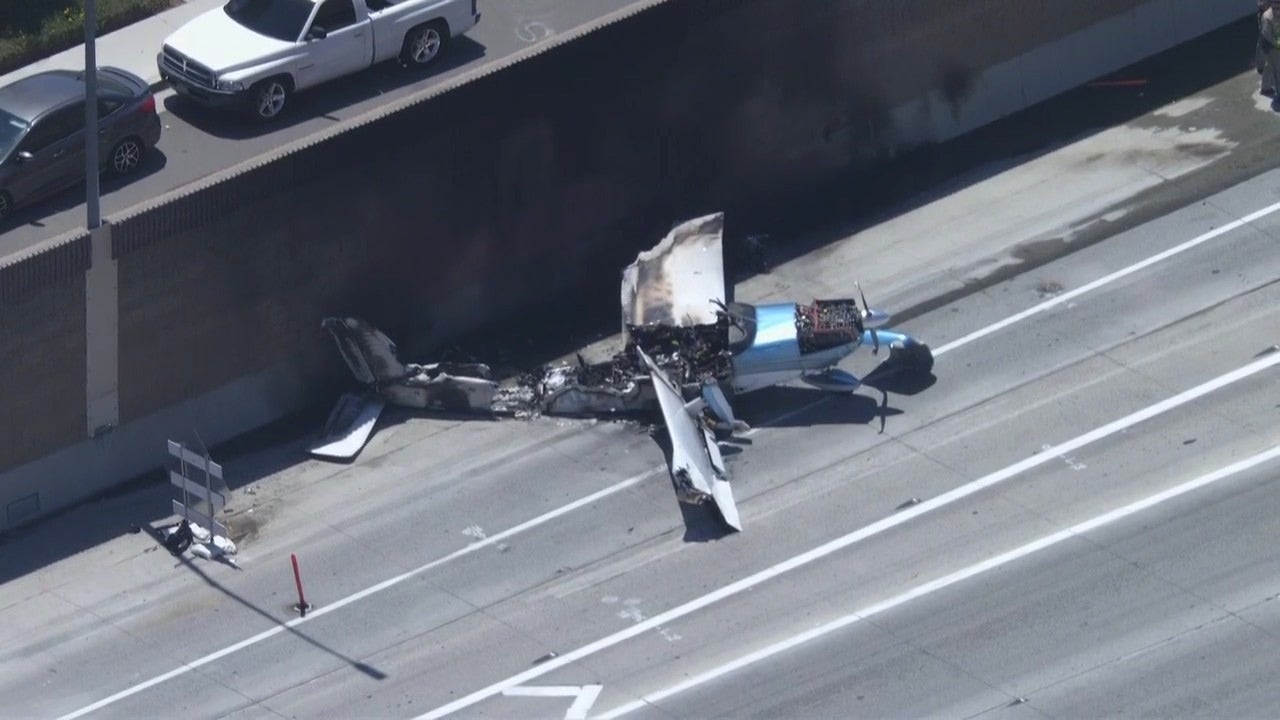 The plane, a single-engine Pipe PA-32, crashed on the 91 Freeway between Lincoln and Main in Corona, a roughly 45-minute drive east of Los Angeles, at 12:30 p.m. local time. It was attempting to fly to Corona Municipal Airport, but the pilot reported having an unspecified "engine issue" and was forced to attempt the emergency landing.