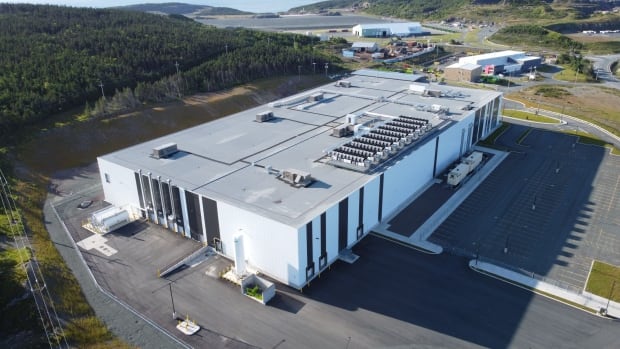 It was built in the White Hills area of St. John's for Canopy Growth, with the capacity to grow up to 18,000 kilograms of high-quality cannabis annually.

But more than two years after the Ontario-based marijuana company pulled out of the plan, the future of the massive, empty structure remains uncertain.

Canopy's own documents show that in 2018 the company committed to pay more than $24 million over five years to a numbered company that owns the land.

Those documents also show Canopy has the option to purchase the production facility at the end of that five-year period.

On Jan. 5, in an email to CBC News, Canopy confirmed it continues to lease the land but said it isn't ready to talk about next steps yet.

The 21,000-square metre production facility, that sits on a 12-acre site, has been ready to start production for more than two years. Everything is ready. Photos posted by Allied Construction Management show off the $90-million facility's pristine boiler room, pump room, open-concept office space and staff lounge.

On Jan. 3, 2023, Canopy announced it has finalized the sale of all of its Canadian retail stores, including those in Newfoundland and Labrador.

In 2017, the provincial government released details of an agreement that it said will ensure Newfoundland and Labrador  has a "safe and secure supply" of cannabis when prohibition ends in 2018.

Canopy Growth said it would provide up to 8,000 kilograms of cannabis and related products to the province annually, under a two-year agreement, with an optional one-year extension.

It also promised to build a cannabis production facility that it said would create about 145 jobs.

The province didn't provide any money, but promised to give Canopy a break on the sales remittances it makes to the Crown-owned Newfoundland and Labrador Liquor Corp., which regulates the distribution and sale of cannabis.

That break was to continue until the company recovered its investment, up to a maximum of $40 million.