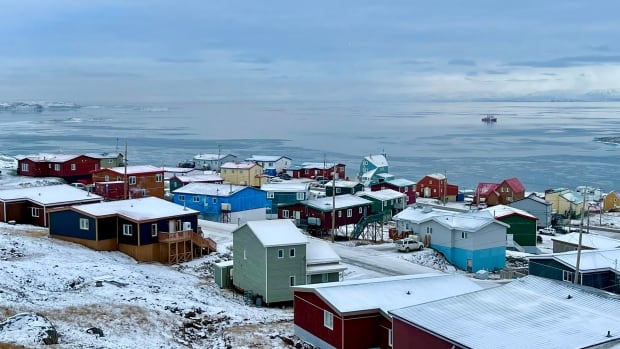 The City of Iqaluit says it believes there's still some fuel that needs to be flushed out of its water supply.

The city issued a public service announcement Friday after receiving "an influx of concerns from the public" starting Thursday evening about its drinking water smelling of fuel.

In an email, city spokesperson Stephanie Clark confirmed the city has received more than 20 complaints since Thursday evening.

The city is asking residents to take aerators off their taps and run the water on cold for 20 minutes as soon as possible, before 6 p.m. ET this evening.

In the public service announcement, the city said it has brought in engineers and other experts to "immediately investigate and assist in responding to this issue."

"At this time, it is believed that potential remaining hydrocarbons may have entered the water supply and needs to be flushed out of the distribution system," the city wrote.

"The city is proactively opening distribution valves to promote the local flushing of water."

The city said it hasn't measured any overly high levels of petroleum hydrocarbons at its water treatment plant, but it continues to screen for hydrocarbons. The announcement also said data from this week shows small amounts of hydrocarbons.

"An initial review of data from the real-time monitoring station indicates a trace amount of hydrocarbons entered the distribution system on Monday and Wednesday of this week," it stated.

The city has also increased its weekly laboratory sampling efforts.

Residents who want to report concerns about fuel odours are asked to call the water quality hotline at 867-979-5603.

It has been five weeks since Nunavut health officials lifted a do-not-consume order for Iqaluit's water.

Officials originally told residents not to drink the tap water on Oct. 12 after complaints flooded in about a smell of fuel in the water.

Iqaluit's 8,000 residents spent two months drinking water from the Sylvia Grinnell River or bottled water flown in by the city instead of tap water.

Seven per cent of all inmates who were inside Alberta provincially run correctional facilities since the start of the pandemic have tested positive for COVID-19.

In late July 2021, Angela Hardy decided to move back to Wabush to take care of her family after her mother, Cheryl, had to be hospitalized for an infection.

A woman from Windsor, N.S., says her Afghan friend is at imminent risk of death because of his work supporting Canada's mission to Afghanistan.

It's a sight that's greeted grocery shoppers across the province more than once in recent weeks: empty shelves. Empty produce bins. Bare walls.

Truck drivers in Newfoundland and Labrador say there's a lot of confusion about COVID-19 rules for their industry, and getting clarification from the provincial government has been an uphill battle.

Parents should be prepared for school bus delays, and even route cancellations, in the coming weeks as students return to in-person learning because the Omicron variant may cause drivers to be unavailable for work.

The head of the cosmetology association for the province says hair salons and spas are being unfairly targeted for shutdown.

Snowfall, storm warnings in effect for much of southern half of Manitoba

Heavy snow blanketed much of the southern half of Manitoba as Environment Canada issued a mix of snowfall and winter storm warnings for Tuesday morning.

The date for the byelection in Saskatchewan's Athabasca riding has been set for Feb. 15.

Ahead of final exams next week, the Regina Public School Division is moving all of its high school students to remote learning.

The B.C. Chamber of Commerce wants the province to "modernize" recreational cannabis by, among other things, allowing app-based delivery of products from private retailers.

Nunavut officials to give update on COVID-19

Government officials in Nunavut are set to give an update on the COVID-19 situation in the territory Tuesday morning at 11 a.m. ET.