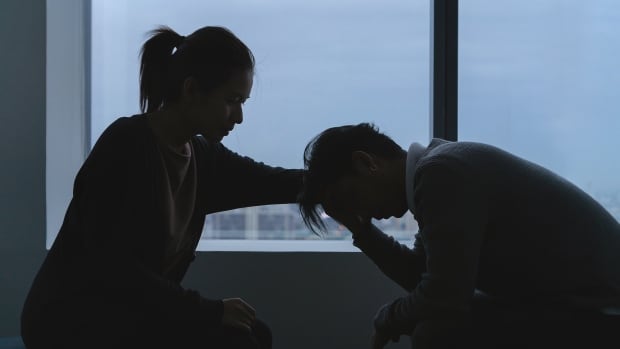 A new analysis of the cause of depression has seemingly upended what we know about this common condition and challenged the use of antidepressants. But it may also leave patients with more questions than answers as the science evolves.

A systematic umbrella review of 17 studies published in Molecular Psychology on July 20 looked at the decades-old theory that depression is caused by low serotonin, and found there was "no consistent evidence" of "an association between serotonin and depression."

The theory that depression is caused by a chemical imbalance in the brain has been around since the 1960s. But for years, many experts have doubted this, feeling it oversimplified a complex condition.

"The serotonin theory is very old and has been very popular since the '90s, when the pharmaceutical industry started promoting it," said Dr. Joanna Moncrieff, a psychiatry professor at University College London and lead author of the study.

"But since about 2005, probably a bit before then, there's been sort of rumours that actually the evidence isn't very strong, or it's inconsistent. Some studies are positive, some studies are negative, but no one's really got that evidence together anywhere."

Moncrieff and her team set out to challenge the serotonin theory in a systematic review of available research. They also went a step further in their conclusion by suggesting that antidepressants are ineffective at treating depression — and have largely worked as a placebo.

"Evidence from placebo-controlled trials show that antidepressants are a little bit better than a sugar tablet," she said. "And if that little difference is not to do with rectifying a chemical imbalance, improving low serotonin levels, what is it to do with?"

The research paints a compelling picture that depression isn't caused by low serotonin alone. Many experts say this is already widely accepted and that it's also true that antidepressants can be extremely beneficial to some patients — even if we don't know exactly why.

So where does this leave patients and physicians, and could the analysis impact the way we treat depression in the future?

Antidepressants are widely believed to affect the behaviour of neurotransmitters, chemical messengers in the brain like serotonin and dopamine, in a way that can alter emotions and mood to help improve the symptoms of depression in some patients.

People with depression can face a wide range of symptoms, including persistent feelings of sadness and desperation, changes in appetite, sleep deprivation, fatigue, irritability and loss of interest in hobbies and social connections that can impact everyday life.

While it's unclear exactly how antidepressants work at a biological level to alleviate those symptoms, it's clear that they can still be hugely helpful to some patients.

Drone surveillance and crowdfunded ransom: How tech is changing borders and those who cross them

Migration has always been a part of human history, but today tens of millions of people are on the move in the biggest forced displacement since the Second World War.

While some music groups culminate their year of hard work at an awards ceremony, Tim & The Glory Boys' multi-instrumentalist Brenton David was back on the Home-Town Hoedown tour as soon as the Canadian Country Music Awards week came to a close.

7 young people sued Ontario over its climate policy. This week, they made their case

Seven young people who brought a landmark lawsuit against the Ontario government, alleging its climate plan fails to protect them and future generations, were heard in Ontario Superior Court in Toronto this week; the first time a climate lawsuit aimed at changing government policy has had a full hearing in court.

Winnipeg police are hoping the large number of tips they received about a man whose remains haven't been identified will help investigators locate the young man's family, however police aren't the only ones looking into the matter.

How wastewater could revolutionize surveillance for pathogens like COVID, monkeypox and polio

A Mi'kmaw community in New Brunswick has committed to reducing its carbon footprint by building a net-zero emission building.

Taking photos of our universe is hard work, but the winners and contestants in the Royal Observatory Greenwich's Astronomy Photographer of the Year competition make it look easy.

Accessing records is one of the biggest challenges in locating unmarked burials and identifying missing children from residential schools, survivors and experts say.

Why Bryan Adams's P.E.I. concert was a step forward for solar power

When Bryan Adams opened his North American tour on P.E.I. on Aug. 31, people behind the scenes were attempting another first that he didn't know about.

As Nova Scotia grapples with widespread power outages in the wake of post-tropical storm Fiona, Eskasoni First Nation Chief Leroy Denny says the Mi'kmaw communities in Unama'ki (Cape Breton) are taking care of one another.

'We have impact!' NASA slams spacecraft into asteroid in unprecedented test

A NASA spacecraft slammed into an asteroid at blistering speed Monday in an unprecedented dress rehearsal for the day a killer rock menaces Earth.

As the second anniversary of Joyce Echaquan's death approaches this week, Indigenous health professionals say the measures taken by the Quebec government to address racism and discrimination in medical facilities have been inadequate.

Hurricane Ian is prompting NASA to move its moon rocket off the launch pad and into shelter, adding weeks of delay to the lunar-orbiting test flight.

Doris Ipeelee remembers meeting a pilot years ago and asking them if they thought she, too, could fly a plane one day.

NASA is skipping next week's launch attempt of its new moon rocket because of a tropical storm that's expected to become a major hurricane.

This article discusses eating disorders. Scroll down for a list of resources if you or someone you know needs help.

A U.S.-based Indigenous non-profit is trying to help Wabanaki communities have access to sustainable foods by distributing fruit and nut trees.

Two Inuvialuit siblings born in Yellowknife say making it all the way to the finale of Amazing Race Canada helped forge a stronger bond between them — and gave them a lifetime's supply of inside jokes to laugh at.

How many ants are there? The number is 'incredibly difficult to comprehend'

There are so many ants on the planet, the human brain can barely comprehend it, says the German insect ecologist who helped calculate the number.

Charlie Mayo has been growing his hair long since the day he was born.

When Prakrit Jain and Harper Forbes first saw the picture of an unidentified scorpion in the California desert, they knew they were looking at something special.

The federal government has introduced legislation to enact its recently announced cost-of-living plan by offering some Canadians help with dental care for children and one-time boosts to the housing benefit and the GST tax credit.

When Chief Derek Nepinak first heard of the mass stabbing tragedy in James Smith Cree Nation over the Labour Day long weekend, he saw parallels in the security measures in his own First Nation.