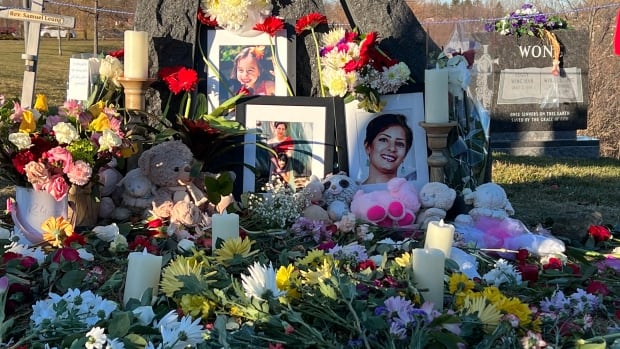 CBC News will broadcast the 2 p.m. EST ceremony. You can watch it live in this story.

The families of those killed when Ukraine International Airlines Flight PS752 was shot out of the sky in 2020 are gathering in Toronto on Sunday to commemorate the tragedy's third anniversary.

"This is a horrifying time," said Hamed Esmaeilion, a spokesperson for the Association of Families of Flight PS752 Victims.

Esmaeilion's nine-year-old daughter, Reera, and wife, Parisa Eghbalian, were among the 176 people killed on Jan. 8, 2020, when the plane was shot down over Tehran by surface-to-air missiles fired by Iran's Islamic Revolutionary Guard Corps.

The aircraft, bound for Canada, carried 55 Canadians and 30 permanent residents, including young children.

Many of the victims' families have spent the past three years channelling their grief into action. They say they've clocked about 28,000 hours of volunteer work searching for answers, organizing protests and pressing for justice.

"We have no other option," Esmaeilion said. "From Day 1 we've been focused on finding the truth and seeking justice, and we're not going to give up."

Families and supporters gathered on Sunday at the Meridian Arts Centre to remember their loved ones and renew their calls for justice.

A reception and art gallery viewing began at 11 a.m. Prime Minister Justin Trudeau and several senior federal cabinet ministers are scheduled to attend an official ceremony at 2 p.m. It will be followed by a public candlelight vigil at Mel Lastman Square, near the arts centre in Toronto's north end.

Javad Soleimani said he had been in Canada with his wife, Elnaz Nabiyi, for less than two years when she was killed while on the aircraft.

He said Canada felt like a good place for the couple to create a better life for themselves — "a place where people of different backgrounds can live together."

Soleimani said it's difficult to talk about his wife, whom he described as smart and caring.

"I've tried to do my best to keep her memory alive and keep fighting for justice," he said. "We are doing this not just for ourselves but the safety of civilian airlines."

To get closure, Soleimani said the families need the truth.