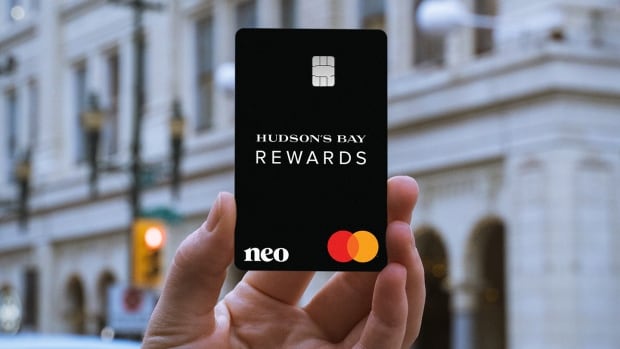 From the old way of carbon copying an account number and having a customer sign off on a purchase through to the advent of magnetic stripes and the chip-and-pin systems of today, the act of using a credit card hasn't changed much over the last 50-odd years, even as the technology under the hood has.

But that seems to be changing as card providers and issuers are moving away from the style of card that IBM engineer Forrest Parry is credited with inventing in the 1960s and toward something a little more modern.

The most obvious shift afoot today turns the familiar wallet-shaped horizontal credit card on its side and adopts a new vertical configuration that's faster and easier to use.

Cowyk Fox, an executive with South African bank Absa, explained the rationale for why it's happening.

"Think about how you use your card when you make purchases," he said. "When you hand over your card to a cashier, tap it to make contactless payments or dip it into a point-of-sale machine, you're likely holding it on the short end, vertically," Fox said.

The vast majority of credit card transactions today happen either online, where no physical card is involved, or using chip-and-pin technology, or tap-to-pay contactless systems. But those transactions are still happening on infrastructure built for the previous generation of swipers, so the industry is upgrading itself to keep up with consumer tastes while beefing up security behind the scenes.

"A portrait orientation [is] easier to tap," MasterCard Canada's vice-president of digital products Suhkmani Dev told CBC News in an interview. "From a user's standpoint, it's good design for many reasons."

Although consumers typically think of themselves as owing money to the brand on their card, the debt is held by whoever actually provides the card, with MasterCard, Visa or Amex merely processing the transaction.

That's why Dev says MasterCard doesn't consider itself to be a credit company or a card company but is actually in the "payment technology" business.

"Everything we do from a standards perspective or a design perspective is to enable choice and payments seamlessly and securely," she said.

Instagram-style portrait-mode orientation for cards may add a dash of design pizzazz, but the real reason for the shift is what's happening on the back end, where tap-based vertical cards go a step beyond what's possible on older systems.

Unlike swipe cards, tap-enabled cards are backed by a technology that Dev calls "tokenization" because the identifying information being exchanged in a transaction is unique for just that one transaction, making it much harder for a fraudster to intercept any data that would allow them to compromise an account and use it again and again.

"If you lose your card, instead of your Netflix being cancelled, we replace that sensitive 16-digit card information with a unique identifier, which the merchant can still use to do a transaction on, but it's not your actual 16 digit number," she said. "It's dynamic."

Partly because of a pandemic-fuelled desire to avoid touching things wherever possible, Visa's contactless credit card transactions increased by more than a billion globally in the first quarter of 2021 compared to the same period a year before, according to Visa.

A month after the start of the Russian invasion of Ukraine in February 2022, Hanna Trofimova said she had a deadly dilemma on her hands.

This is the third in a three-part series, The Real Cost of Electric Vehicles, diving into the future of electric vehicles and how electrification will impact Windsor-Essex. On the first day, we looked at affordability. On the second day, we looked at environmental impacts.

A city councillor wants Calgary to look at offering incentives to ATCO and other companies considering the development of solar farms inside city limits.

The city is trying to reassure a worried group of tenants in a Scarborough low-rise they they will not be homeless when a developer demolishes their building in a year or so.

Eyesore or gem? The fight to save Stratford's historic hospital from the wrecking ball

Preservationists are drawing a line in the sand in defence of Stratford's historic first hospital, demanding a reprieve for the yellow-brick Victorian building hospital administrators want to flatten to make way for new development.

UPEI medical school will come with its own staffing challenges, says Health P.E.I.

A medical school at the University of Prince Edward Island may eventually help to cure a doctor shortage in the province, but it won't come without some shorter-term challenges, a standing committee on health and social development heard Wednesday.

When storms raged during basketball practice in Cambridge Bay, Nunavut, Daisy Eyegetok always knew she couldn't take the day off.

Some First Nations chiefs are calling for a different type of workplace investigation to probe claims that the national chief of the Assembly of First Nations bullied and harassed staff — while others are urging the national advocacy organization to get back to business.

Regulating artificial intelligence: Things are about to get a lot more interesting

This column is an opinion by Jonah Prousky, a management consultant based in Toronto, focusing on data, analytics and artificial intelligence. For more information about CBC's Opinion section, please see the FAQ.

The holiday price freeze put in place by some of Canada's biggest grocery chains has hit its expiry date, so shoppers should brace themselves for news that could be hard to swallow: get ready for your food bill to go up. By a lot. Again.

An extreme cold warning is in effect for Toronto, with wind chills values of -30 expected Thursday night into Friday morning.

The Prince Edward Island government needs to do a better job of letting Islanders know what's going on than it did when there were problems with the 911 service Monday, says Green MLA Lynne Lund.

The city has drained a northwest pond as invasive fish have been dumped into it — something a spokesperson says is a widespread issue affecting the majority of Calgary's ponds.

A politician in Labrador says she's disappointed, but not surprised, that a long-promised sexual assault nurse examiner has yet to be put in place in the region.

Public Health Sudbury and Districts is advising residents in Espanola who get their water from the municipal system to monitor for signs of gastrointestinal symptoms, after a mechanical issue at the water treatment plant.

Nova Scotia regulators approved a 14 percent electricity rate hike Thursday, defying pressure from Premier Tim Houston who had called on them to reject the increase.

The Maritimes are no stranger to blasts of Arctic air during the months of January, February and into March. This is Canada, this is winter.

Outfitted in matching tracksuits, 18 Ukrainian kids' jaws dropped as they saw the rink at the Vidéotron Centre in Quebec City for the first time.

An attack left a male dead near a Main Street shelter in Winnipeg on Thursday morning — steps away from where a man was found dead inside a hotel on Sunday evening.

Honduran family that faced deportation in 2017 happily sworn in as Canadian citizens in Sask.

Environment Canada is cautioning Islanders about what could be the coldest night in decades on Friday.

Alberta has updated its Police Act, but the work to improve policing rules isn't done yet

The union representing RCMP emergency dispatchers across the country says there's an acute shortage of staff in British Columbia, which could worsen crisis responses.