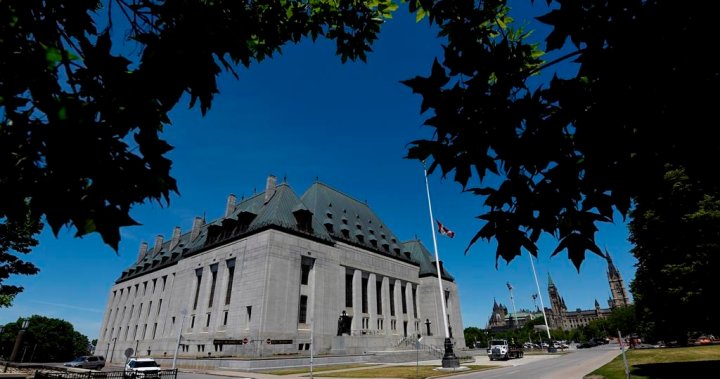 On this episode of 'What happened to…?' Erica Vella provides an update on the Supreme Court ruling on consecutive sentences in Canada.

On this episode of What happened to…? Erica Vella provides an update on the Supreme Court ruling on consecutive sentences in Canada.

The man who killed six men and injured over a dozen others after storming a Quebec City mosque will be eligible for parole after 25 years after a Supreme Court struck down a Criminal Code provision on consecutive sentencing for multiple murderers.

The unanimous high court decision happened May 27 and declared unconstitutional a 2011 provision that would allow a judge, in the event of multiple murders, to impose a life sentence and parole ineligibility periods of 25 years to be served consecutively for each murder.

“The Supreme Court said that was not a legitimate option, given what the statute said and … the court determined that it was cruel and unusual punishment and had to be struck down,” said Kent Roach, a professor of law at the University of Toronto faculty of law.

“The court also opened the door for everyone who has been sentenced under this no discount for multiple murder provision basically to have their sentence reduced to the ordinary mandatory minimum, which is life imprisonment, ineligibility for parole for 25 years.”

Bissonnette pleaded guilty to six charges of first-degree murder in the January 2017 attack that took place at the Islamic Cultural Centre of Quebec City.

The Islamic Cultural Centre of Quebec said in a statement the decision did not give due consideration to “the atrocity and scourge of multiple murders” or to the hateful, Islamophobic, racist nature of the crime.

Aymen Derbali was at the mosque the night of the shooting and was critically injured.

The Somali Canadian Cultural Society of Edmonton received a hateful message ahead of its Canada Day event. They reached out to police but did not hear back for four days.

'It was the most humiliating, degrading and nightmarish, airport, airline treatment I've had in my life.'

The Ministry of Health and the Saskatchewan Health Authority issued a request for proposal to find proponents to provide up to 375 standard long-term care beds in Regina.

An annual barbeque in Regina's Pepsi Park commemorates 18 years since the disappearance of Tamra Keepness, who was five years old at the time.

An investigation determined a female youth and an adult male were in talks through social media, with the conversations being sexual in nature.

Carberry RCMP are looking into a fatal car crash into a semi-truck, that claimed the lives of two Glenboro-South Cypress residents.

Calgary mayor asks people not to call her ‘your worship’

While it's traditional to refer to the mayor as "your worship," Calgary Mayor Jyoti Gondek said the term is clunky and colonial.

Police in the Chicago suburb scarred by America's latest mass shooting say the suspect planned the attack for several weeks and wore women's clothing to conceal his identity.

A Quebec court judge gave Simon Houle probation and a conditional discharge, in part because a conviction would make it hard for him to travel for his job as an engineer.

Officers believed the suspect may have had a weapon, and began setting up a perimeter while asking customers and staff to leave the store.

New Brunswick RCMP say a 52-year-old man has died following a single-vehicle crash involving a vehicle and a pedestrian near Rothesay.

A timeline of the ups and downs in Patrick Brown's political career.

Waterloo Region says that a new flexible transit pilot project will launch in Breslau on Monday, which will be free for the summer for area residents to test out.

The facility will be operated by Odd Burger's food technology and manufacturing subsidiary, Preposterous Foods Inc., and will produce plant-based proteins and dairy-free sauces.

Delta North MLA Ravi Kahlon has now weighed in on his choice for B.C.'s next premier.

Vancouver Mayor Kennedy Stewart will look to extend renter protections like those in the Broadway Plan to the entire city.

Sections of Winnipeg Street are damaged and city crews are working to evaluate the infrastructure.

The Region of Queens Municipality has revoked a development permit for an oceanside property being built by former Halifax mayor Peter Kelly.

Emergency crews were called to the area of St. Clair Avenue West and Lansdowne Avenue at around 4:36 a.m. Wednesday.

Think you’re immune to COVID-19 after getting sick? Maybe not, new research shows

At least 40 per cent of Canadians have been infected with the Omicron variant of COVID-19, but new data shows not everyone who gets sick will develop immunity.

Brown was disqualified after the chief returning officer conducted an investigation into allegations of Brown's campaign violating financial provisions of the Canada Elections Act.