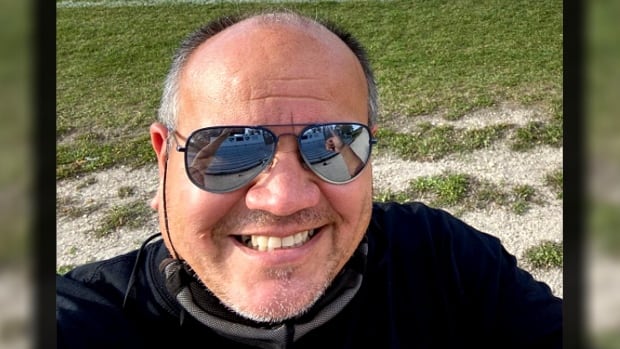 Kelsey McKay, 51, continued to teach at Vincent Massey Collegiate for six years after the Pembina Trails School Division says it undertook a "thorough" investigation into allegations of boundary-crossing behaviour and bullying.

On April 12, McKay was arrested by Winnipeg police and subsequently placed on unpaid leave by the school division.

Now, parents of former students are wondering why McKay wasn't held to account earlier, and why the school and division didn't do more. They want to see change in schools across the province so there are better mechanisms to report concerns of possible abuse.

"This is about our kids," said one parent, whom CBC News isn't naming to protect the identity of their son.

"We only have eight students who have come forward and that might just be the tip of the iceberg."

The alleged incidents date from 2004 to 2011 involving eight former football players — seven who were at Churchill High School when McKay taught there and one who was at Vincent Massey when McKay taught at that school.

None of the allegations have been proven in court.

One of the parents of a now graduated student said they noticed things were strange when their son, who normally "lives and breathes football," didn't want to continue playing in Grade 12.

"My son went from loving football to hating football and expressed that he was going to quit," they said.

"Then he started sharing with me a lot of very bizarre, inappropriate behaviour from his head football coach, Kelsey McKay, on and off the school grounds."

The parent said McKay would text their son at all hours on topics that weren't football or school-related.

The coach would also belittle and berate her son and the next day be very kind and full of praise for him, the parent said.