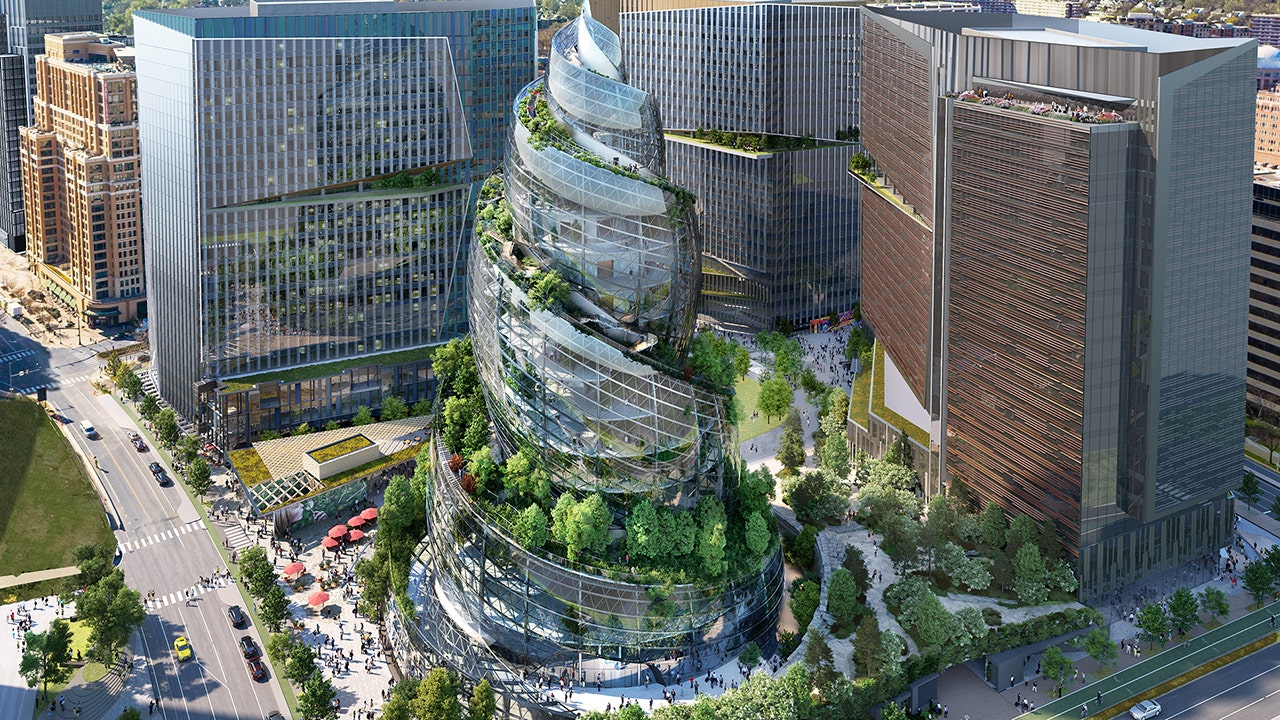 Amazon has unveiled the proposed design for its second headquarters in Arlington, Va.

On Tuesday, the tech giant released illustrated renderings of the next phase of its headquarters redevelopment in Virginia, sharing shots of the helix-shaped structure called PenPlace.   At the center of the pitch for three, traditional 22-story office buildings which will one day house some of the 25,000 jobs Amazon has committed to creating in the area though the next decade, the double helix building is dotted with trees and can be climbed from the outside like a hike.