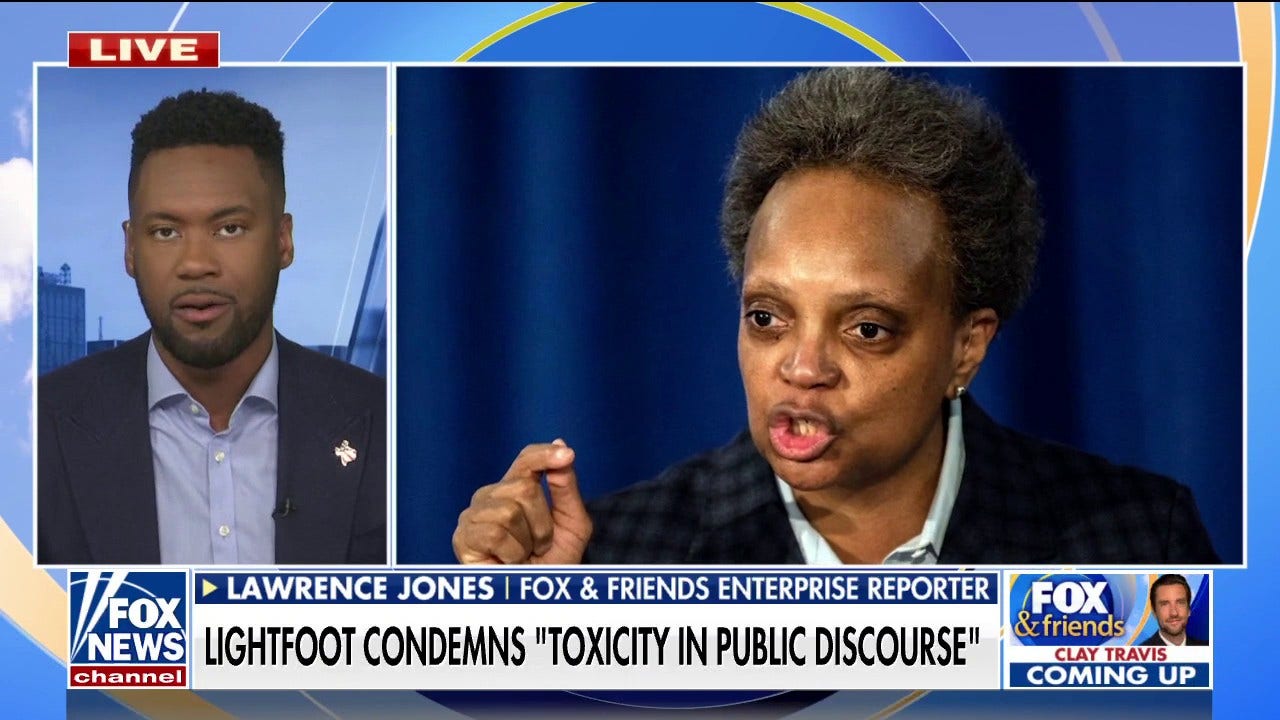 LAWRENCE JONES: Democrats are saying this now, but they also said this in the past presidential elections when it was all about tone and tenor Brian, if you remember, 56% of Americans said they were better off than 2016 in the past election, but they disagree with the tone and tenor of the former president. Since then, we've had [Lightfoot], we've had Chuck Schumer attack the court talking about going after Kavanaugh. You've had Joe Biden go after the co-equal branch. You had other members of Congress go after the co-equal branch. For all these people talking about democracy and tone and tenor, I think the American people are looking at them and said these are the biggest bunches of hypocrites. But it also takes away them running on tone in the next election. They literally won the past election based on tone and tenor. It wasn't a policy thing. I think that is removed when you hear these types of comments from the mayor.