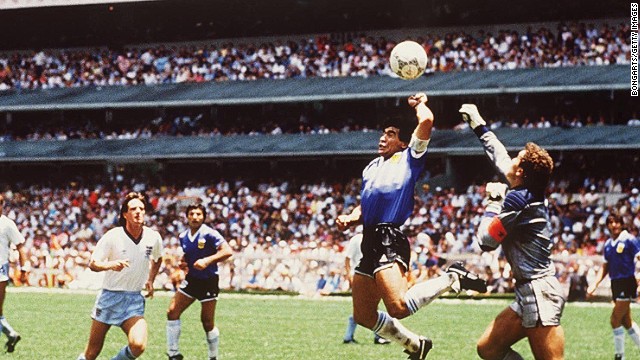 It could be argued that the history of the World Cup can be defined as before and after the game between England and Argentina 32 years ago -- with one Diego Armando Maradona as protagonist.

It's not that the game itself changed the way football is played, or had a long-lasting effect on the rules and regulations of the sport -- unlike the match between the two nations in the 1966 World Cup, when Antonio Rattin claimed he didn't understand English as the referee indicated he should leave the pitch.

Rattin's refusal delayed play for so long that by the next World Cup, in 1970, red and yellow cards had been introduced as universal symbols that required no further explanation.