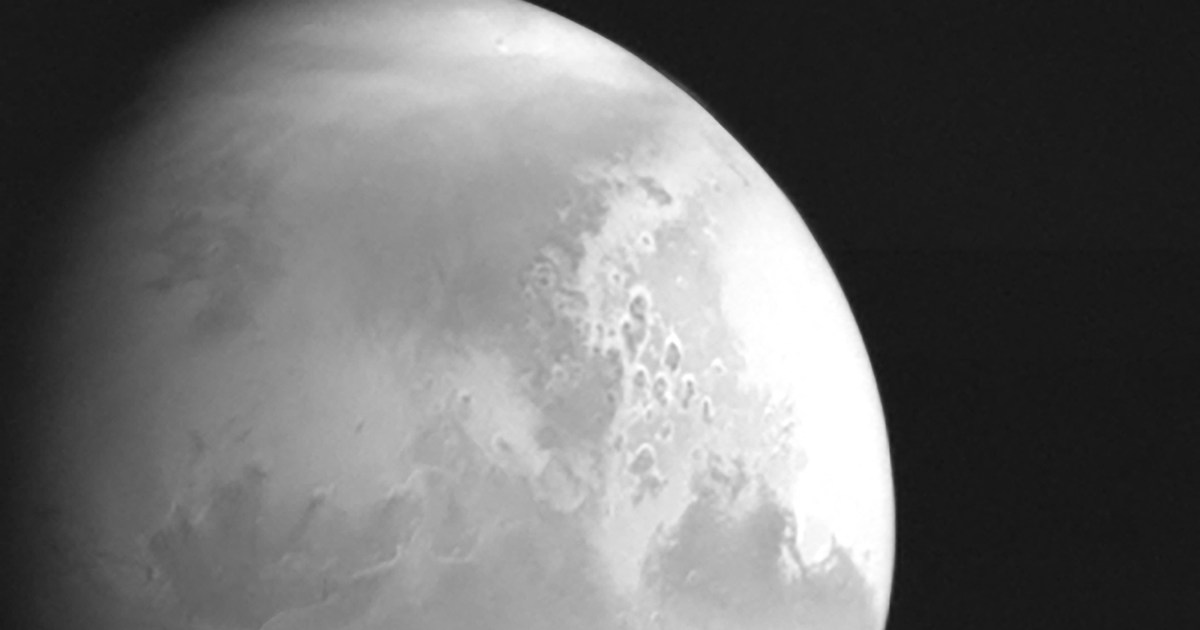 China’s space agency has released video footage from its spacecraft circling Mars, two days after it successfully entered the planet’s orbit in Beijing’s latest ambitious space mission. In the video, published by state broadcaster CCTV, the surface of the planet is seen coming into view out of a pitch-black sky against the outside of the Tianwen-1, which entered the orbit of the Red Planet on Wednesday. White craters are visible on the planet’s surface, which fades from white to black through the video as the probe flies over the course of one Martian day, said official news agency Xinhua.