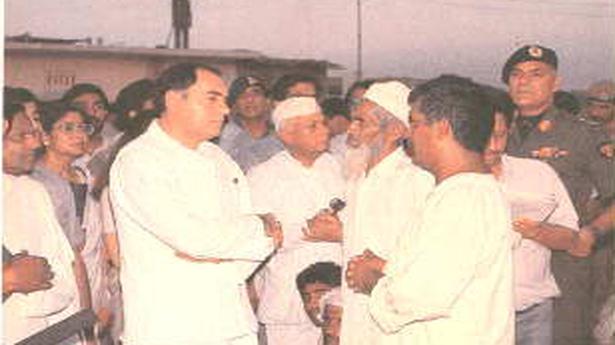 Petition filed in High Court has sought reinvestigation into the massacre of Muslims in the U.P. village in 1987

It has been almost 35 years since 72 Muslims were allegedly killed in and around Maliana during the Meerut riots that broke out in the summer of 1987, but the light of justice refuses to shine on the urban village that carries a niggling ache for the deceased and a sense of disillusionment towards the criminal justice system.

The case has been pending in a local Meerut court since 1998. Around 800 dates later, its status is that the original first information report (FIR) is missing from the government records, almost half of the accused died, as have many of the prosecution witnesses. Moreover, the report of the Justice G. L. Shrivastava Commission that was formed to investigate the case by the then Congress government, which was submitted in 1989, is yet to see the light of the day.

Recently, a writ petition was filed in the Allahabad High Court seeking re-investigation of the case by a special investigation team (SIT) to probe the role of the Provincial Armed Constabulary (PAC) in the killings, and demanding that compensation for the deceased be made at par with the Hashimpura case which happened a day before the Maliana killings.

Unlike in the Hashimpura massacre case that was decided by a Delhi court in 2018, leading to the conviction of 16 ex-PAC men, here, the role of the PAC has not even been mentioned in the original complaint lodged by Mohd Yaqub.

Thirty-five years is a long time for memory to serve right but witness accounts, testimonies of family members of the deceased, and the defence of the accused, paint a painful picture of what transpired on May 23, 1987, during the month of Ramzan.

“ Doston ki bhi nazar badal gay thi (even the behaviour of friends changed),” Vaqil Ahmed, who runs a tailoring shop, said, as he showed scars on his forearm and abdomen. “One of the two bullets pierced my kidney.”

Mr. Ahmed is one of the few witnesses who have recorded their statements in court. He alleges that the local police and PAC allowed Dalits, who formed the majority in the locality, to loot a local wine shop, and then provided them cover as they ransacked Muslim houses and set many of them on fire.