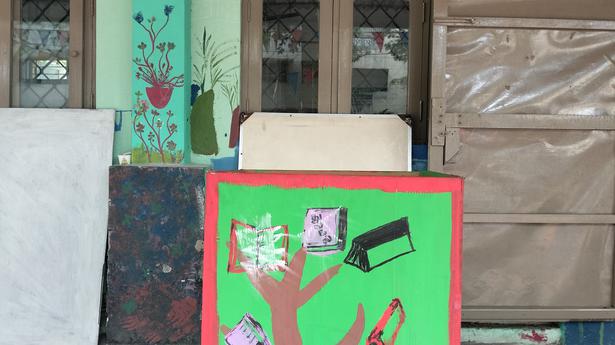 Dulkal, a Chennai-based non-profit that distributes books to children in rural areas through its libraries, has launched a new initiative to encourage people to donate their good reads.

“The Book Fairy” drive started recently at the Tai Tamil school in Pallikarnai, where the group has kept a colourful dropbox for people to leave books meant for children.

The fairies will collect the books and place them in one of the libraries where the group works.

For the drive, they are not accepting academic books and magazines. Picture books and those with a lot of fun elements form the main focus of the drive.

The volunteering group has been working to inculcate the reading habit among children.

P Karthikeyan, one of the founders, says previously they would engage volunteers to collect books from people. Through Book Fairy, we are keeping dropboxes at various localities, he says. The location of the dropboxes is yet to be decided upon, but gated communities and institutions that would like to support this drive can contact Dulkal.

“We currently run six libraries in schools, a majority of them located in rural Tamil Nadu; and three community libraries,” says Karthikeyan.