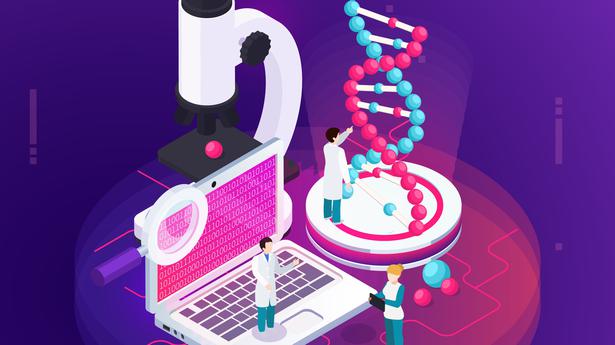 Ever since it was first reported in humans in 1970, monkeypox virus infections have been largely restricted to countries in Central and Eastern Africa until recently. Early in 2022, multiple cases were identified in Spain and several cases were reported from countries where the disease is not endemic, including regions in Europe and North America, and in patients with no history of travel to endemic regions.

Following a rapid rise in cases, the World Health Organization (WHO) on July 23, 2022 declared the 2022 monkeypox outbreak as a Public Health Emergency of International Concern (PHEIC). As of early August 2022, over 25,000 cases of monkeypox have been reported from 83 countries, 76 of which have never historically reported monkeypox.

The accelerated use of genomics as a tool to understand outbreaks in the last half decade has left an indelible mark during the ongoing COVID-19 pandemic and has seen a wider deployment of sequencing infrastructure across the world. Genomic surveillance of pathogens could provide unique insights to understand the outbreak better, track the spread of pathogens and provide immense opportunities for public health decision-making as well as for epidemiology.

Researchers from across the world have made available over 650 complete genome sequences of monkeypox isolates to date in public domain databases including GISAID and GenBank. This includes over 600 genomes which were sequenced this year alone from over 35 countries, including genomes of two isolates from India, collected from Kerala.

The monkeypox virus has a DNA genome of around 2,00,000 base pairs, roughly six times larger than that of SARS-CoV-2. Like other viruses, the monkeypox virus evolves by the accumulation of genetic errors, or mutations, in its genome when it replicates inside a host. Information about mutations occurring in different genome sequences of the monkeypox virus across different regions can, thus, provide essential insights into how the virus is evolving, its genetic diversity and other factors that may be relevant to the development of diagnostic tools.

Being a DNA virus, the monkeypox virus like other poxviruses was believed to have a small rate of accumulating genetic changes compared to viruses with an RNA genome like SARS-CoV-2, which have a much larger rate of mutations. For poxviruses, this rate is estimated to be as low as a couple of genetic changes every year. A recent study, however, revealed that the observed rate of genetic changes in the virus was higher than expected — average of around 50 genetic changes. The higher-than-expected rate of evolution coupled with the rapid rise in monkeypox cases across the world could potentially be due to highly parallel evolution in a large number of individuals simultaneously, as the present outbreak came out of a superspreader event.

ISRO chief S. Somanath said all stages of the mission performed and separated before ‘data loss’

Lift-off is scheduled for 9.18 a.m. from the first launch pad at the Satish Dhawan Space Centre in Sriharikota

The portal, with nearly one lakh images of specimens, recorded two lakh hits from 55 countries since its July 1 launch; site to host all of India’s herbaria by 2024

Why strengthening genomic surveillance is an imperative

From Bondu, With Love

If Bond was going to be Indian, there was no way he could be anything but Telugu

Explained | Is the Earth’s change in rotational speed a cause for concern?

Tracking time: on the upcoming TEDxNapierBridgeSalon

Talks on time and its connection with everything, from boredom to break-ups, is part of TEDxNapierBridgeSalon’s the ninth edition

Karkkadakam bathing rituals of Kerala, in a new package

If it succeeds, South Korea will become the world's seventh lunar explorer, and the fourth in Asia, behind China, Japan and India

Kerala should be ready for more extreme weather in the near future, says climate scientist

Pieces of Partition: Documentiong the world’s largest migration through objects

On her 125th birth anniversary, a new book on the extraordinary life of the first Indian woman to be awarded a Ph.D in botanical science and create a sugarcane-maize hybrid

The home buyer may wait a little longer

RBI decision to increase repo rate will have its impact.

Unlike Chandrayaan-2, the orbiter in Chandrayaan-3 will not have payloads to perform experiments, says Somanath

Updated MG Hector to launch in India this festive season

MG is set to launch the updated MG Hector in India this festive season. After releasing the teaser f

Test your science quotient with this quiz

From rare steak to tiger prawns, Chennai’s new all day diners have it all

A recent spurt of all day diners in Nungambakkam enable you to choose between fresh catch from Kasimedu, order a classic American steak or dive into a full English breakfast

As skaters from Tamil Nadu get ready for the World Skate Games to be held in Argentina later this year, we speak to some of the talented men and women on wheels

A round up of books on Coimbatore’s history, cinema masters, and a compilation of cinema essays released at the just-concluded Coimbatore Book Festival

Explained | What went wrong with the ISRO launch of SSLV?

Why did the ISRO prefer a SSLV over the PSLV or GSLV? What was the designated function of the satellites on-board the vehicle?

The study found that the average intensity of hot night events will nearly double by 2090, from 20.4 degrees Celsius to 39.7 degrees Celsius across 28 cities from east Asia

Senna’s next film, Padmini, has Kunchacko Boban and Aparna Balamurali in the lead

On August 8, 2007, space shuttle Endeavour’s STS-118 mission was successfully launched. Among the crew members was Barbara Morgan, the first teacher to travel into space. Join A.S.Ganesh as he tells you more about Morgan, a teacher and an astronaut…

The ups and downs of the Keeway Vieste 300

The scooter gives you a great mileage, but with its stiff seat and backrest, the rider may end up with a sore back