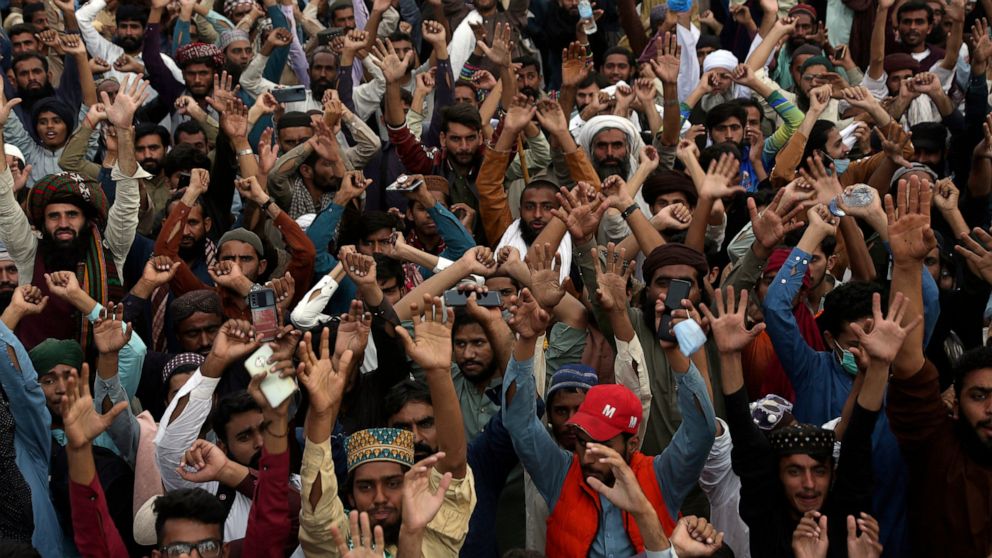 Thousands of supporters of a radical Islamist party rallied on a highway in the town of Sadhuke as they marched toward the capital Islamabad. They demanded the expulsion of France's envoy to Pakistan over publication of caricatures of Islam’s Prophet Muhammad in France.

The violence erupted a day after the government of Prime Minister Imran Khan said it would not accept the Islamists' demand to close the French Embassy and expel the French envoy.

Khan's decision infuriated supporters of the Tehreek-e-Labiak Pakistan party who over the weekend suspended their march to Islamabad to give the government three days to consider their demands.