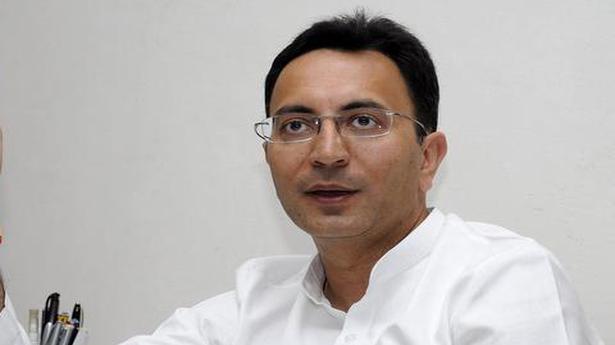 Even women and children are not spared, it says

The Congress condemned the post-poll violence in West Bengal, with AICC in-charge Jitin Prasada stating that people of the State had not voted for lawlessness. “The post-poll violence that has been unleashed by the Trinamool on the Congress workers is unacceptable. Even women and children are not spared,” he said on Twitter. The duty of every politician or public servant is to speak up against “all wrongs and stand by their cadre irrespective of which ideology one belongs to”. Lok Sabha member Shashi Tharoor, who hailed Mamata Banerjee’s victory as that of the idea of India, tweeted, “The reports of violence by @AITCofficial workers against members & supporters of losing parties in Bengal are disturbing. I am sure this cannot be condoned by @MamataOfficial & count on her to take prompt & decisive action to stop this. The people’s mandate shouldn’t be undermined!”.