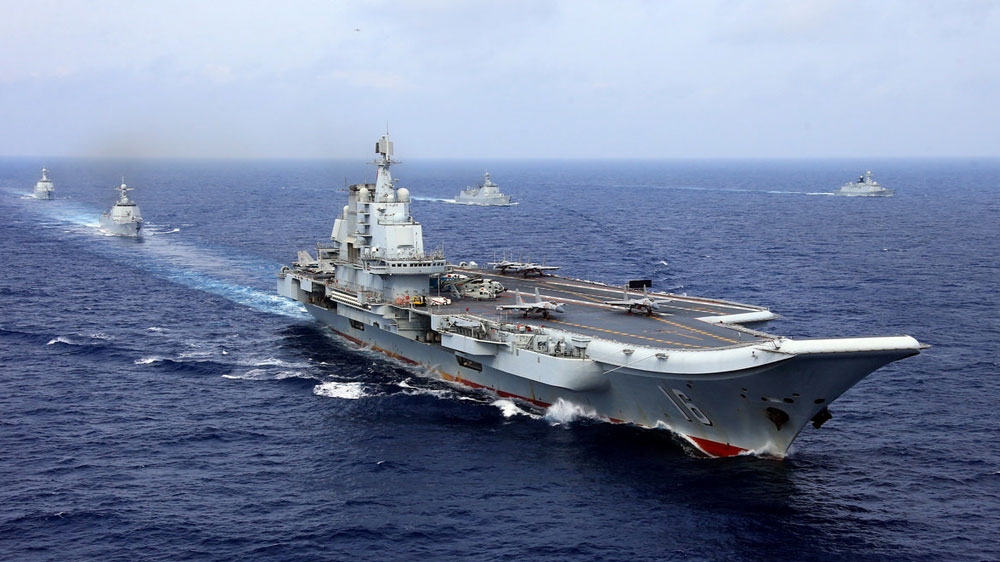 US State Department raises concerns over presence of Chinese vessels near Philippines and entry of Beijing’s jets into Taiwan’s air defence zone.

The United States has warned China against what the Philippines and Taiwan see as increasingly aggressive moves, reminding Beijing of Washington’s obligations to its partners, as the two rival powers step up their naval activities in the South China Sea. “An armed attack against the Philippines’ armed forces, public vessels or aircraft in the Pacific, including in the South China Sea, will trigger our obligations under the US-Philippines Mutual Defense Treaty,” State Department spokesman Ned Price told reporters on Wednesday. “We share the concerns of our Philippine allies regarding the continued reported massing of PRC maritime militia near the Whitsun Reef,” Price said, referring to the People’s Republic of China.