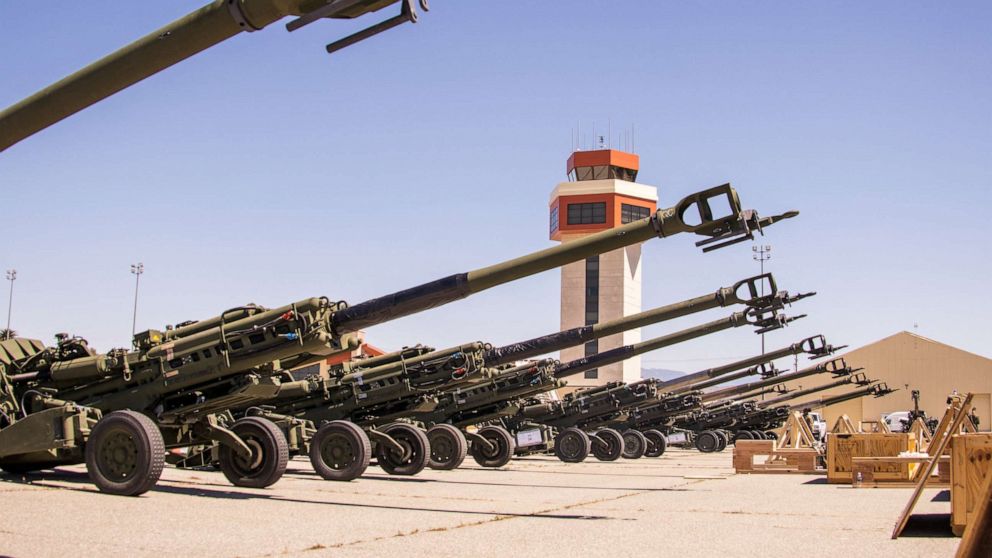 KYIV -- Dozens of artillery systems supplied by the United States to Ukraine were not fitted with advanced computer systems, which improve the efficiency and accuracy of the weapons, ABC News has learned.

The M777 155mm howitzers are now being used by the Ukrainian military in its war with Russia.

The Pentagon did not deny that the artillery pieces were supplied without the computers but said it had received "positive feedback" from the Ukrainians about the "precise and highly effective" weapons.

That positive sentiment was echoed by a Ukrainian politician, who spoke to ABC News on condition of anonymity. However, the politician also expressed frustration that the artillery pieces had not been the fitted with the digital computer systems.