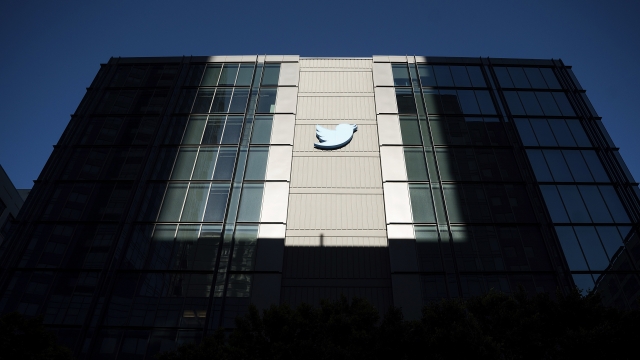 Elon Musk's Twitter tenure faced a new crisis after many employees quit instead of accepting his ultimatum of "extremely hardcore" conditions.

Twitter is having something of a meltdown this week. And … we just hit another all-time high in Twitter usage lol

It's currently going through a mass exodus after new owner Elon Musk issued an ultimatum to employees to commit to long, grueling hours or leave. Hundreds chose the latter, leaving the social media giant with few workers and without a team of some two dozen coders critical to the platform's survival.

With such a bare-bones staff, some former employees claim the site may completely collapse, leading to many Twitter users even posting goodbye messages to the platform Thursday night while Musk touted more users.

Kyrie Irving has had a signature line with Nike since 2014.

Aldi Is Rolling Back Thanksgiving Groceries To 2019 Prices

If you’re hosting this Thanksgiving, you may be able to save on holiday staples like stuffing, pie and wine by shopping at Aldi.

Twitter's roughly 7,500 employees have been expecting layoffs since Musk took the helm of the company.

The Risky Deal With Celebrity-Brand Partnerships

Celebrities often make lots of money through corporate deals, but those partnerships can go wrong and get ugly.

The tentative settlement will not be final until enough states and localities sign off on it.

The new owner of the social media platform is considering a fee users must pay to have their profiles verified with a blue check mark.

Instagram Working On Issue That Locked Users Out Of Accounts

Some users reported seeing a message Monday morning that they were locked out of their accounts but were still able to scroll through their feeds.

Elon Musk's Twitter tenure faced a new crisis after many employees quit instead of accepting his ultimatum of "extremely hardcore" conditions.

The platform is continuing to lose workers just as it's gearing up for the World Cup, one of the busiest events on Twitter.

Amazon said it plans to lay off about 260 workers in California, and employees in other locations including Seattle said they were let go Tuesday.

As the cryptocurrency collapse continues, empires with billion-dollar values are continuing to topple thanks to a lack of oversight.

An investigation was sparked by a 2018 Associated Press story, which found that Google continued to track people's location even after they opted out.

The average cost of a flight is higher this year than last, with fewer workers and fewer flights adding to the issue.

The company gutted its communications department and hasn't responded to media requests for information since Musk took over.

Analytics firm Elliptic estimates $477 million was missing from the exchange.

Before Musk took over the social media platform, the blue check was granted to celebrities, journalists and verified by the platform to prevent this.

Consumer Price Index Has The Smallest Rise Since January

The Consumer Price Index increased 0.4% for the month and 7.7% from a year ago. That’s the smallest rise since January and lower than estimates.

Musk sold 19.5 million shares of the electric car company from Nov. 4 to Nov. 8, according to the Securities and Exchange Commission.

Twitter's gray "official" label is part of the overhaul of the platform's verification system that has been in place since 2009.

Follow These Scripts To Ask Your Boss For A Raise

If you’re feeling the pinch of inflation, you might be considering asking for a raise. These scripts will help you figure out exactly what to say.