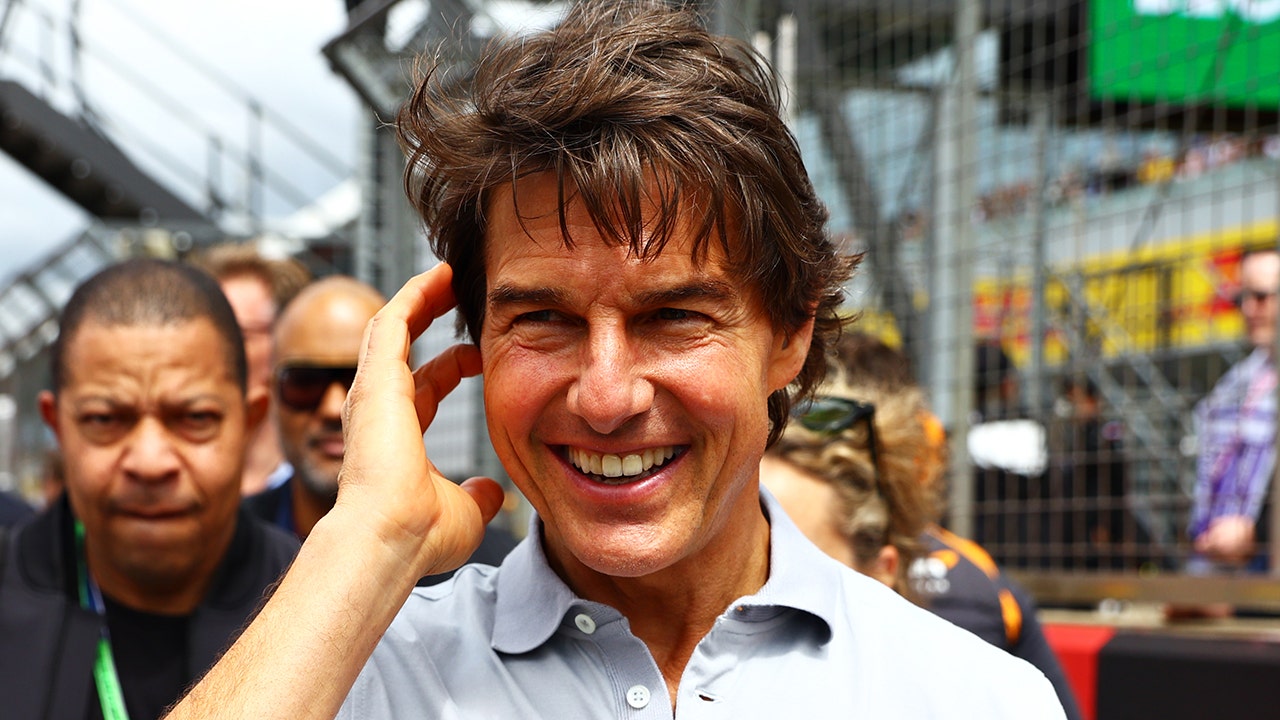 Actress Jenny Agutter joked to the Mirror that the commotion was affecting production. Caroline Thayer is an entertainment writer for Fox News Digital. Follow Caroline Thayer on Twitter at @carolinejthayer.

"Tom Cruise keeps on ruining our filming by landing his helicopter right outside where we’re shooting," she said.

“Blues Clues" host Steve Burns got candid about his struggle with depression while filming the popular children's show.

Nearly 20 years after Pearl Jam filed a complaint against Ticketmaster, Taylor Swift fans are upset with the company for canceling the public sale of "The Eras Tour."

Candace Cameron Bure discusses 'difficult year,' how faith is her 'core and foundation'

Candace Cameron Bure experienced "a lot of loss" this year, and is looking forward to slowing down for the holiday season to be fully present with her family.

Taylor Swift fans vented frustration with the singer and Ticketmaster over their silence after the ticket company canceled Friday sales due to "extraordinarily high demands."

Ellen Pompeo, who starred as Meredith Grey for 19 seasons will leave "Grey's Anatomy" in February. The star penned a goodbye note to her fans which she shared on Instagram.

Roslyn Singleton, an "America's Got Talent" and "The Ellen DeGeneres Show" fan favorite, died on Tuesday after battling brain cancer. The Navy veteran was 39.

Larsa Pippen and Marcus Jordan have been in the spotlight over the last week, and they were seen together again recently going to Swan in Miami.

Allison Janney’s see-through surprise; 62-year-old goes sheer at 'The People We Hate at the Wedding' premiere

"I, Tonya" actress Allison Janney donned a sheer black gown for the red carpet premiere of the new Amazon Prime Video film "The People We Hate at the Wedding."

The AMA Awards, one of the few award shows decided by fan votes, are here. Here's a look at who's hosting and performing and other details about the show.

Veronika Khomyn, the wife of Los Angeles Rams coach Sean McVay, shared about the struggle of being married to an NFL coach in an Instagram post.

Former pro boxer fakes his own murder after wife hires hitman, doc reveals: ‘She wanted me out quickly’

Ramon Sosa, a boxing coach in Houston, Texas, described how he escaped a murder plot hatched by his wife in ID's true-crime docuseries "Who the (Bleep) Did I Marry?"

Chris Hemsworth shares that he is taking "time off" from acting after wrapping up the press tour for his new Apple+ series "Limitless.

Al Roker opened up about being hospitalized for blood clots on Friday. The “Today” show weather anchor shared with his fans the reason behind his two-week absence from the show.

Brendan Fraser, star of "The Mummy" and "The Whale" spoke about one of his first encounters with Leonardo DiCaprio, who is now his co-star in the movie, "Killers of the Flower Moon."

Taylor Swift responded after fans were left frustrated during pre-sales of "The Eras Tour." Ticketmaster canceled the general sale of tickets due to "high demand."

“Pawn Stars,” which follows Rick Harrison's family and their successful pawn business in Las Vegas, premiered in 2009.They're now kicking off a spinoff titled, "Pawn Stars Do America."

Henry Thomas recently spoke with Fox News Digital about reuniting with his "E.T." castmates, saying they are all "like a family" and that he's proud to be a part of the iconic 1982 film.