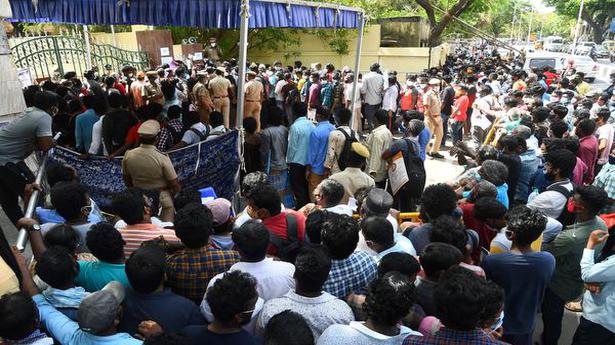 Some people were selling medicine worth ₹800 for ₹25,000 after they were contacted by prospective clients online.

A special team attached to Adyar Deputy Commissioner of police arrested three persons on charges of trying to sell Remdesivir for a higher price in Indira Nagar on Sunday. Following reports about Remdesivir being sold in the black market for a very high price, city police commissioner Shankar Jiwal has ordered his force to keep a look out on such incidents. According to police, members of the special team including sub-inspector Selvakumar, head constables Venkatesan and Shankar and others received information that some people were selling medicine worth ₹800 for ₹25,000 after they were contacted by prospective clients online.

Violators of safety rules could be disqualified