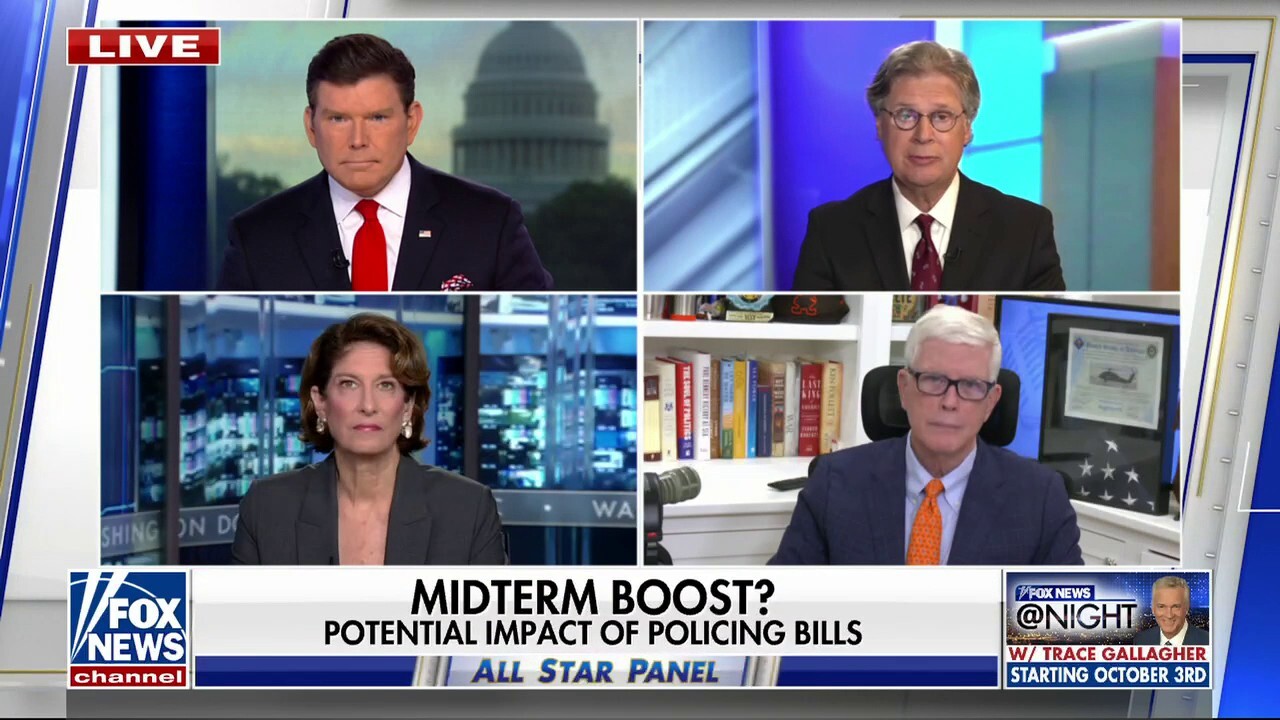 Fox News contributor Byron York sounded off on the police funding bills as a crime crisis grips the U.S. Thursday on the "Special Report" All-Star panel.

YORK: These were four messaging bills. That was the whole purpose of them - to fight the idea that Democrats are soft on crime when in fact, many of them actually are soft on crime. Now, not all the measures were that way. One of them got 150 Republican votes - the one to give more money to smaller police departments. But others had kind of standard Democratic ideas, like sending mental health professionals to crime scenes as opposed to police officers. And the idea is Democrats can go on the campaign trail and say, "I voted to fund the police, not defund the police." Republicans are not at all worried about this because they think the whole perception - the public's perception of the Democrats and crime - is set in stone.