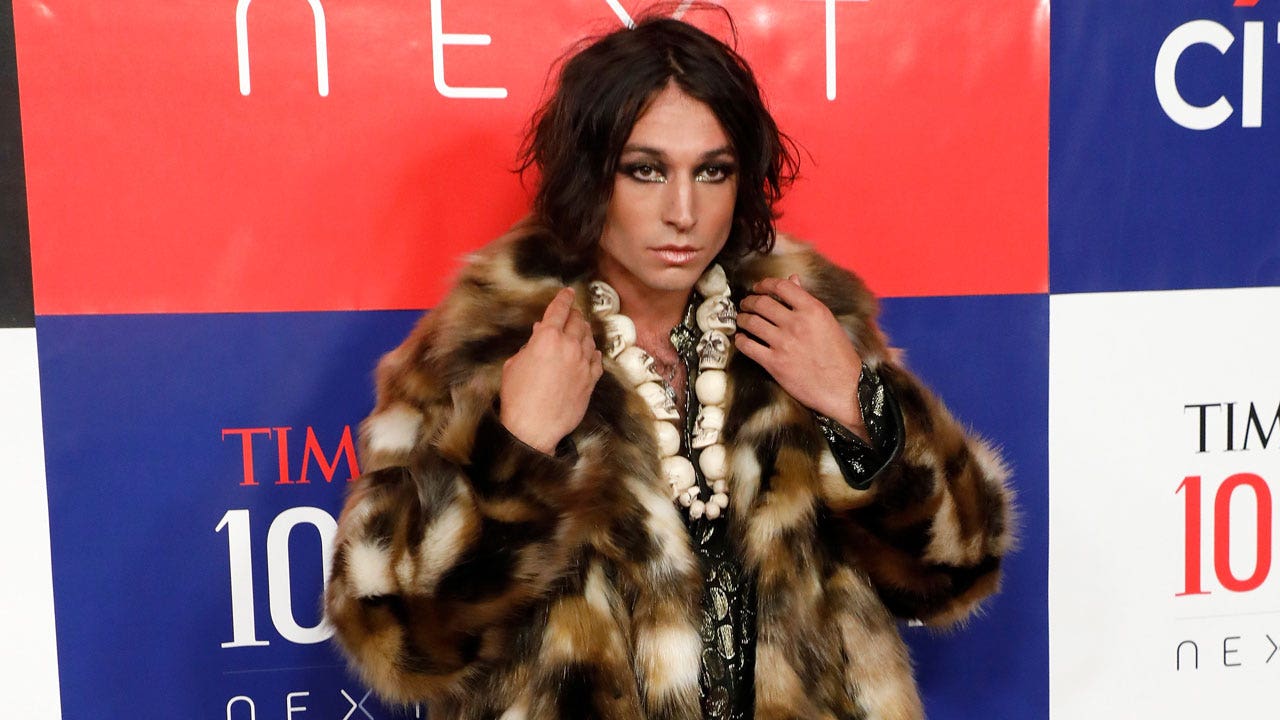 Ezra Miller-led "The Flash" is still moving forward despite the actor's involvement in several scandals this year. The news comes shortly after Warner Bros. axed its sister movie "Batgirl."

"We are very excited about them," he added. "We’ve seen them. We think they are terrific, and we think we can make them even better."

Jennette McCurdy explains why she was 'jealous' of Ariana Grande: 'Much easier upbringing'

Actress Jennette McCurdy said her career is stagnant and detailed why she was "jealous" of Ariana Grande while the stars filmed one season of their Nickelodeon show "Sam & Cat."

Jane Seymour was "devastated" as she recalled "all the memories" from her 50-year friendship with Olivia Newton-John, who died at 73 following cancer battle.

Britney Spears is to return to the music scene in a collaboration with Sir Elton John. "Hold Me Closer" will be a rendition of Elton's "Tiny Dancer" hit.

Olivia Newton-John is remembered by "Grease" co-star Didi Conn, who played Frenchy in the 1978 film. Conn spoke with Fox News Digital about the stars' bond.

Fred Savage was fired from directing "The Wonder Years" reboot in February following an internal investigation amid allegations of "misconduct" on the set.

Ashton Kutcher addresses his vasculitis diagnosis that left him temporarily unable to hear, walk or see. The actor shared with his fans that he's "all good" three years later.

Ozzy Osbourne surprised fans on Monday with an unplanned performance at the 2022 Birmingham Commonwealth Games in England, marking first performance since his "life-altering" surgery in June.

Amanda Seyfried says she regrets filming nude scenes at 19: 'How did I let that happen?'

Amanda Seyfried had her breakthrough role when she was in the comedy "Mean Girls." The actress recently opened up about some of the uncomfortable situations she was put in at a young age.

Stephen Colbert and Mindy Kaling dispelled rumors there was a beef between the two stars during a Monday night segment of the "Late Show."

Ashton Kutcher recently revealed he lost his ability to see or hear due to vasculitis, a rare autoimmune disease. Other celebs have been transparent about their health challenges.

Olivia Newton-John's husband John Easterling wrote about the love they shared and how it always came easy for them. The "Grease" star died earlier this week at age 73.

Actress Anne Heche, who also dated Ellen DeGeneres, was last seen by a Venice Beach salon owner before crashing her vehicle into a California home.

Oscars producer responds to Will Smith’s apology to Chris Rock: ‘I’m pulling for him’

Oscars producer Will Packer is praising actor Will Smith for "being transparent" about his "personal rehabilitation" process after Smith slapped comedian Chris Rock.

Rosie O'Donnell mocked Anne Heche in 2001, but after the actress' car crash is "feeling bad." The comedian said on TikTok, "it's a miracle she didn't kill anyone."

The Whitney E. Houston Legacy Foundation put on a gala on Tuesday where the late singer's brother Gary performed to honor his sister. The event took place in Atlanta, Georgia.

Lamont Dozier, Motown hitmaker for The Supremes and more, passed away at age 81 at his home near Scottsdale, Arizona, according to a statement issued by his family.

Lady Gaga hit in the head during concert: Video shows how the 'Hold My Hand' singer handled it

Lady Gaga was hit with a flying object during her concert in Toronto. A witness says it was likely an accident, but dangerous for the "Hold My Hand" singer.

Kevin Costner honors the late Ray Liotta: He 'will be out there with us all' during 'Field of Dreams' game

"Yellowstone" star Kevin Costner took to his Instagram to honor "Goodfellas" star Ray Liotta, ahead of the second "Field of Dreams" game for the MLB. Liotta passed away in his sleep in May.