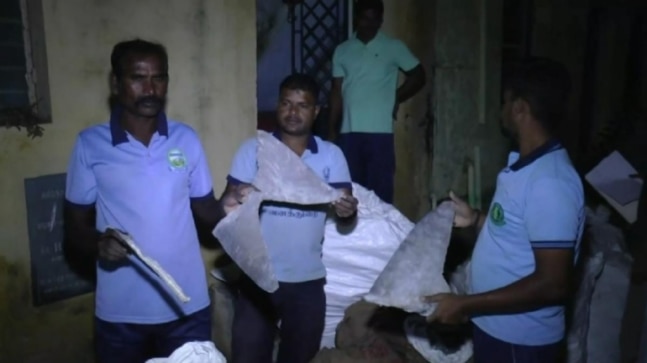 A team of police and forest officials recovered 400 kg of shark fins and processed sea cucumbers -- estimated to be worth around Rs 40 lakh -- in Tamil Nadu's Ramanathapuram.

Police launched a search operation in the Vedalai area after receiving a tip that perpetrators would smuggle banned products to Sri Lanka.