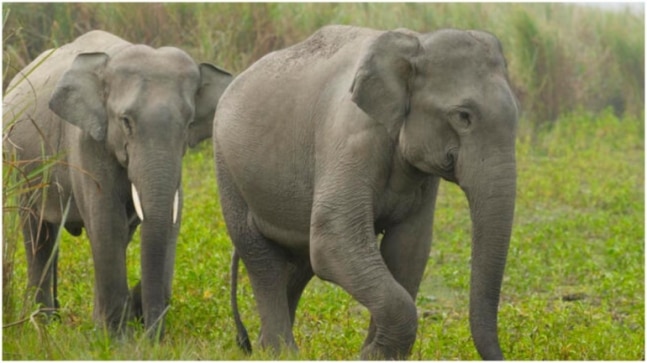 An incident occurred in Kerala’s Idukki where a man spent 1.5 hours on top of a tree taking refuge from some wild elephants.

The man, identified as Saji, is from Singukandam. Saji was on his way to an agricultural land where he was charged at by a tusker. He managed to rush to the grassland nearby and climb on top of an eucalyptus tree nearby.

He was in more trouble after other wild elephants arrived at the spot. Saji made noises to alert the locals, who rushed to the spot to help him out. They tried to drive away the elephants but the attempts were in vain.

However, the locals contacted forest officials later, who arrived at the spot. Crackers were burst to make the elephants leave the area. After one and half tense hours, Saji was rescued from the tree top.