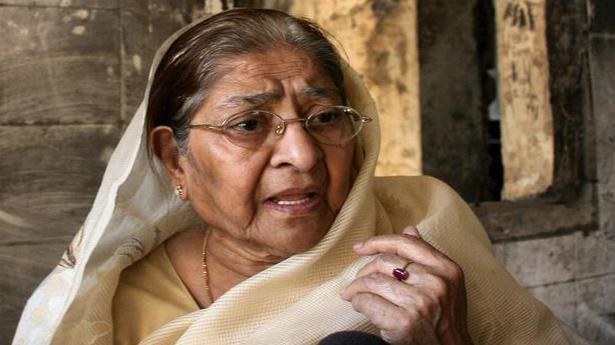 The Supreme Court on June 24, 2022, dismissed an appeal filed by Zakia Jafri, the widow of Congress leader Ehsan Jafri who was killed in the 2002 Gujarat riots, for investigation into a "larger conspiracy" behind the violence.

Upholding the decision of the Magistrate court that gave clean chit in the case, the Gujarat High Court too, in October 2017, refused to entertain Ms. Jafri's plea. She had subsequently moved the apex court.

The apex court bench headed by Justice A.M. Khanwilkar, which reserved the judgment in December last year, delivered its verdict on Friday.

In an earlier hearing, the apex court had observed that its September 12, 2011 order had merely directed the SIT to “look into” the material brought forth by Ms. Jafri and file a final report before the magistrate court concerned in Gujarat.

The Bench had even said the September 2011 order appeared to restrict itself to the Gulberg Society case, which involved the killing of Ms. Jafri’s husband by a mob and not any “larger conspiracy”.

The SIT had filed a closure report in the case in February 2012. It had given a clean chit to the then Gujarat Chief Minister Narendra Modi, the current Prime Minister, and 63 others, including senior government officials, saying there was "no prosecutable evidence" against them.

Telangana Chief Minister wants steps to see that study circles set up for the SC, ST, BC and minority communities be turned into training centres for guiding aspirants in campus recruitments