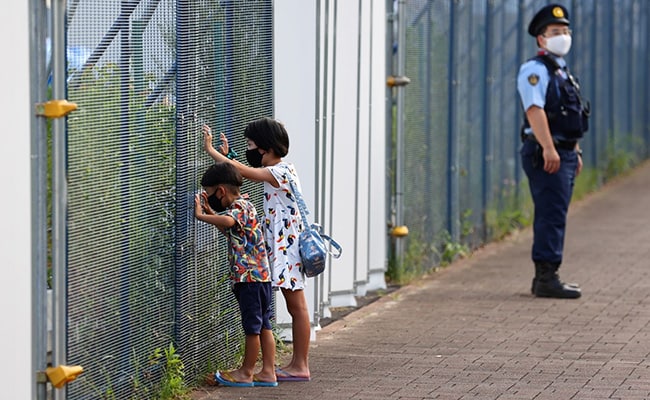 At east 415 children from elementary to high school age in Japan were recorded as having taken their own lives, according to the education ministry's survey.

Child suicides in Japan are the highest they have been in more than four decades, local media have reported, citing the country's education ministry.

As the COVID-19 pandemic prompted school closings and disrupted classrooms last year, 415 children from elementary to high school age were recorded as having taken their own lives, according to the education ministry's survey.

The number is up by nearly 100 from last year, the highest since record-keeping began in 1974, the Asahi newspaper reported on Thursday.

Suicide has a long history in Japan as a way of avoiding perceived shame or dishonour, and its suicide rate has long topped the Group of Seven nations, but a national effort brought numbers down by roughly 40 percent over 15 years, including 10 straight years of decline from 2009.

Paty, 47, was stabbed and then decapitated after leaving the middle school where he taught history and geography in the tranquil Paris suburb of Conflans-Sainte-Honorine on the evening of October 16, 2020.

Russia Tops 1,000 Covid Deaths In A Day For First Time

An official government tally showed 1,002 deaths and 33,208 new infections, setting a high for both fatalities and cases for the third day in a row.

Police arrested a 25-year-old British man at the scene on suspicion of murder, adding it is believed he acted alone.

Police said the latest violence occurred in Begumganj when hundreds of Muslims formed a street procession after Friday prayers on the final day of Durga Puja.

The bloc took a strong stand after the junta rebuffed requests for a special envoy to meet with all parties concerned.

A landslide triggered by the quake killed two of the victims, the agency said. A third, a three-year old girl, was killed by falling debris.

Officials suspect the fuel entered the tank from soil or ground water contamination, and are emptying water from the tank to conduct further investigations.

China in August launched a nuclear-capable missile that circled the Earth at low orbit before descending toward its target.

At the beginning of October, at least 36 people in the region of Orenburg died after drinking bootleg alcohol containing methanol, which is highly toxic.

Greta Thunberg, whose Fridays For Future movement has inspired massive street protests around the world, said activists needed to keep on "pushing" for real change.

In a statement the Pentagon also said it was working with the State Department to relocate to the United States any of those relatives who wish to leave Taliban-ruled Afghanistan.

French President Emmanuel Macron acknowledged that several dozen protesters had been killed, "their bodies thrown into the River Seine" and paid tribute to the memory of the victims.

Four women and one man died, and three others were injured on Wednesday during the assault in the south-eastern town of Kongsberg.