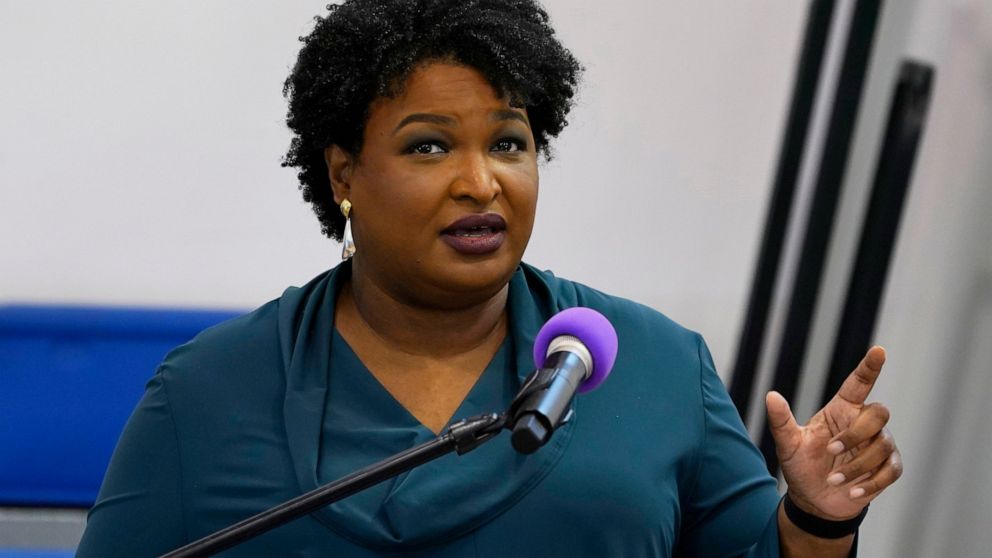 ATLANTA -- The political organization led by Democratic titan Stacey Abrams is branching out into paying off medical debts.

The Fair Fight Political Action Committee on Wednesday told The Associated Press it has donated $1.34 million from its political action committee to the nonprofit organization RIP Medical Debt to wipe out debt with a face value of $212 million that is owed by 108,000 people in Georgia, Arizona, Louisiana, Mississippi and Alabama.

Lauren Groh-Wargo CEO of allied group Fair Fight Action and senior adviser to the PAC said paying off medical debt is another facet of the group's advocacy seeking expansion of Medicaid coverage in the 12 states that have refused to expand the health insurance to all poorer adults.

“What is so important about this is the tie between Medicaid expansion and just crushing medical debt,” Groh-Wargo said.

A person in California has become the first  in the U.S. to have an identified case of the omicron variant of COVID-19

It's a crowded scene outside the Supreme Court, where hundreds of abortion debate partisans are trading chants while justices hear highly anticipated arguments inside

Live updates: Growing number of Germans in ICUs with virus

The scientists come with eagle-eyed drones and high-precision instruments

What’s the status of the COVID-19 vaccine mandate in the US?

The Biden administration's COVID-19 vaccine mandate in the U.S. is on hold because of legal challenges, but employers can still require the shots

President Joe Biden has unveiled his new HIV/AIDS strategy to end the more than 40-year-old epidemic, calling for a renewed focus on vulnerable Americans

Poland’s ruling conservative party has rejected a legislative proposal that would outlaw abortion as homicide, in a parliament debate, arguing the proposal was extreme and “unacceptable” and could lead to social unrest