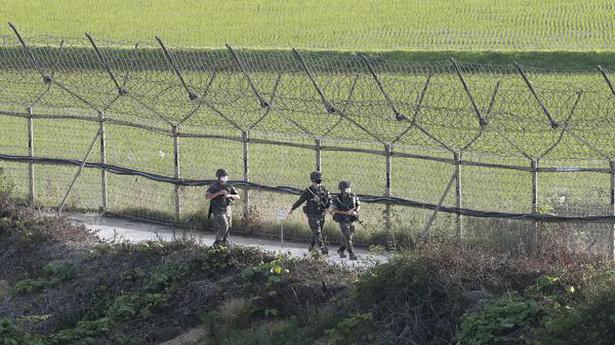 The Joint Chiefs of Staff said it could not confirm whether the person was alive, but sent a notice to the North via a military hotline asking for protection.

A South Korean has crossed the heavily fortified border in a rare defection to North Korea, South Korea's military said on Sunday.

The Joint Chiefs of Staff (JCS) said it carried out a search operation after detecting the person around 9:20 p.m. (1220 GMT) on Saturday on the eastern side of the Demilitarised Zone (DMZ) separating the two Koreas.

"We've confirmed that the person crossed the Military Demarcation Line border about 10:40 p.m. (1340 GMT) and defected to the North," the JCS said.

Apart from a PMLA case against him, Rajesh Joshi is also allegedly involved in the diversion of 'kickbacks' for the Goa assembly polls of last year .

Season three, currently under production, will see Tamar reeling from the loss of her closest allies and looking for a way to reinvent herself

The company announced the launch of its first product in four South Indian States — Gemini Pureit, a sunflower oil

Scrutiny of nominations, received from January 31 to February 7, began at 11 a.m. Returning officer Sivakumar says the deadline for withdrawal of papers is 3 p.m. on February 10

AU has no role in it and now the ball is in the State Government’s court, says a professor

The former NSE managing director, who was earlier arrested by the CBI in the alleged NSE co-location scam, was arrested in the money-laundering case by the Enforcement Directorate on July 14 last year.