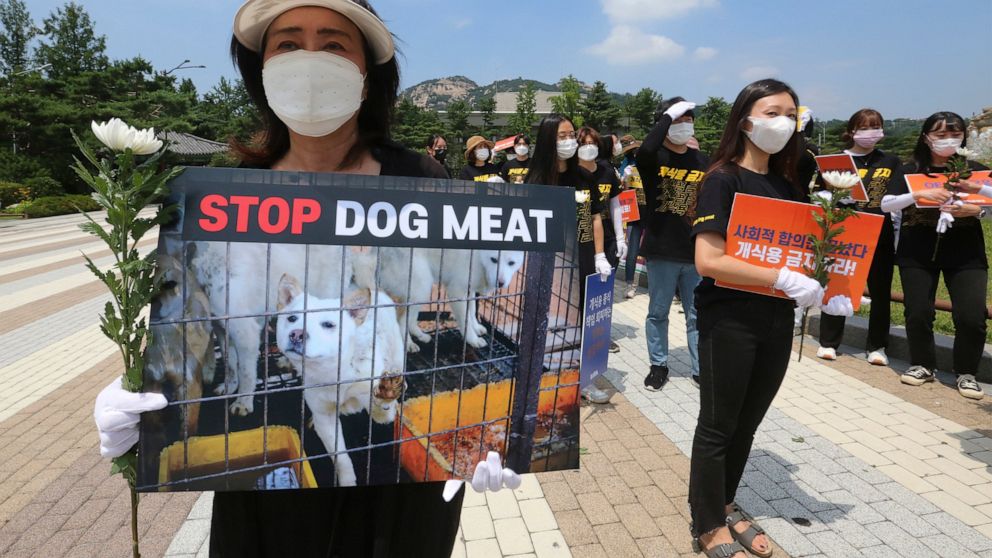 SEOUL, South Korea -- South Korea on Thursday said it will launch a task force to consider outlawing dog meat consumption after the country’s president offered to look into ending the centuries-old practice.

In a statement, seven government offices including the Agriculture Ministry said they decided to launch the group comprising officials, civilian experts and people from related organizations to deliver recommendations on possibly outlawing dog meat consumption. It said authorities will gather information on dog farms, restaurants and other facilities while examining public opinion.

The government says the initiative, the first of its kind, doesn’t necessarily guarantee the banning of dog meat. The seemingly vague stance drew quick protests from both dog farmers and animal rights activists.