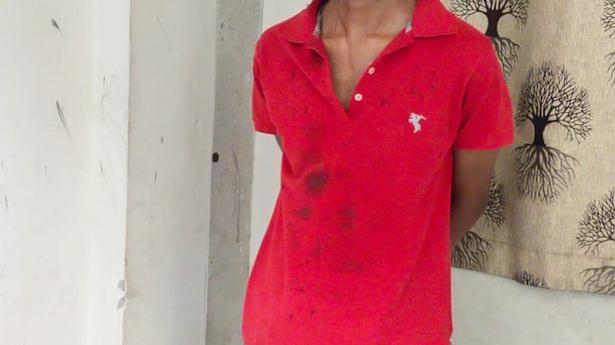 A day after a 28-year-old man stabbed and injured five policemen and a home guard at Shahdara’s cyber police station, his relatives on Thursday said they are still in shock over the incident and have no clue as to why and how he went about perpetrating such an act.

Bharat Bhati, a second-year BBA dropout, went on the stabbing spree on Wednesday afternoon and was eventually arrested. His family learnt about the incident around 2.30 p.m. when a police team reached them inquiring about the accused. “Not just me, nobody in the house was aware of what had happened at the police station,” said Daksh Bhati, 18, a cousin of the accused.

Bharat stayed with his grandparents and uncle’s family at Balbir Nagar in Shahdara. Talking about his cousin, Daksh said he was detached from the family and mostly kept to himself. “He would not eat for days together; would stay aloof most times,” he said.

No one in the family knew where Bharat was on Wednesday afternoon. “The police told us that Bharat went to the police station with a complaint regarding our Internet provider, but we don’t have Wi-Fi,” said Daksh. “We were informed that Bharat started recording a video at the station and when the police tried to intervene, he pulled out a knife and stabbed a few policemen.”

The family members said they had no idea how Bharat accessed the knife and when did he leave the house. “We didn’t see any knife in Bharat’s possession,” Daksh said.

Bharat was receiving treatment for depression, said the cousin, adding that he used to run away from clinic, declaring himself “fit and fine”.

Daksh said Bharat had been “disturbed” since four-five years, but the death of his father, Ashok Bhati, a month ago shook him. Ashok died in Uttar Pradesh after slipping from the railway station platform. Bharat’s mother, Geeta, died of cancer 20 years ago. His has an elder sister who is married and his younger brother stays with him at their grandparents’ house. The family belongs to Bulandshahr in Uttar Pradesh.

Telangana Chief Minister wants steps to see that study circles set up for the SC, ST, BC and minority communities be turned into training centres for guiding aspirants in campus recruitments