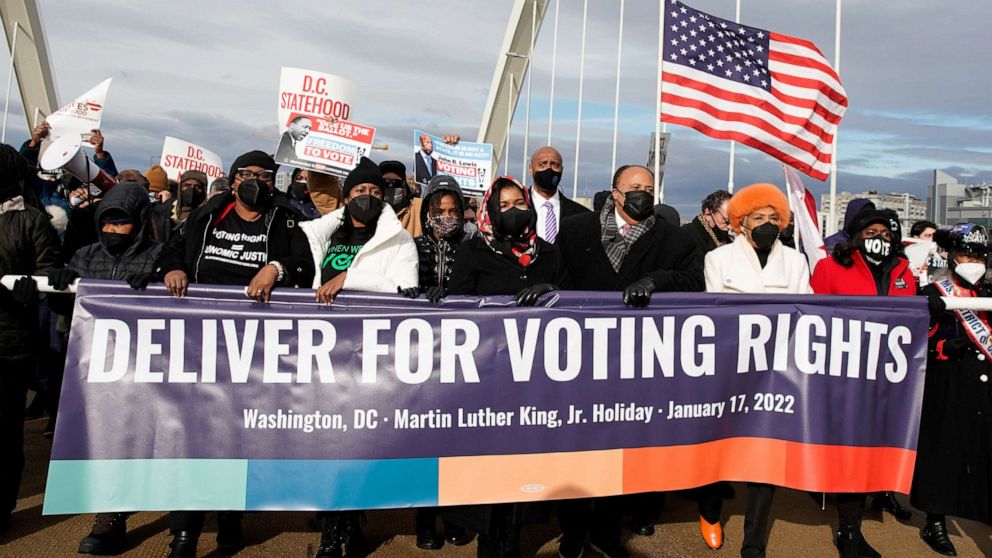 For the first time this Congress, the Senate is expected to debate voting rights legislation on Tuesday ahead of a showdown on the filibuster rule this week.

For the first time this Congress, the Senate is expected to debate voting rights legislation on Tuesday, a day after Democrats failed to meet their hopeful, symbolic, deadline to pass an election reform bill by Martin Luther King Jr. Day.

The Senate is expected to take up the House-passed voting rights bill on Tuesday -- a combination bill wrapping in both the Freedom to Vote Act and John Lewis Voting Rights Advancement Act.

But Democrats need 60 votes, or the support of 10 Republican senators -- which they don't have -- plus all 50 of their own, to overcome a GOP filibuster on the legislation and end debate, making way for the bill's final passage. All 50 Senate Republicans are opposed to the bill.

The legislation at hand would make Election Day a federal holiday, expand early voting and mail-in-voting, and give the federal government greater oversight over state elections. And would come at a time when nearly 20 states have restricted access to voting fueled by false claims in the wake of the 2020 election, according to the Brennan Center for Justice.