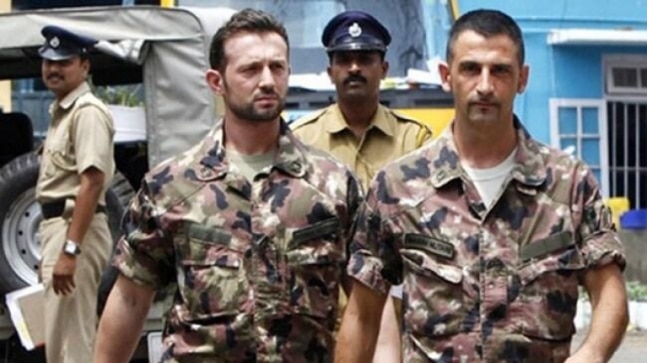 This case involves two Italian marines--Salvatore Girone and Massimiliano Latorre--accused of shooting two Indian fishermen off the Kerala coast in 2012, under the misconception that they were pirates.

The Supreme Court on Tuesday brought the curtain down on nine-year old criminal proceedings that were initiated in India against two Italian marines accused of killing two fishermen off the Kerala coast in February 2012, after Rs 10 core in compensation was paid by Italy to the heirs of the deceased and the boat owner. The apex court also said that as per the international arbitral award accepted by India, Italy shall resume further investigation in the case against the marines -- Massimilano Latorre and Salvatore Girone. "We are of the view that this is a fit case to close all the proceedings in India including criminal proceedings in exercise of powers under Article 142 of the Constitution of India," a vacation bench of Justices Indira Banerjee and M R Shah said, while quashing the FIR registered at Coastal Police Station of Neendakara, Kollam in Kerala and re-registered by NIA in 2013 and all the proceedings emanating from the case.