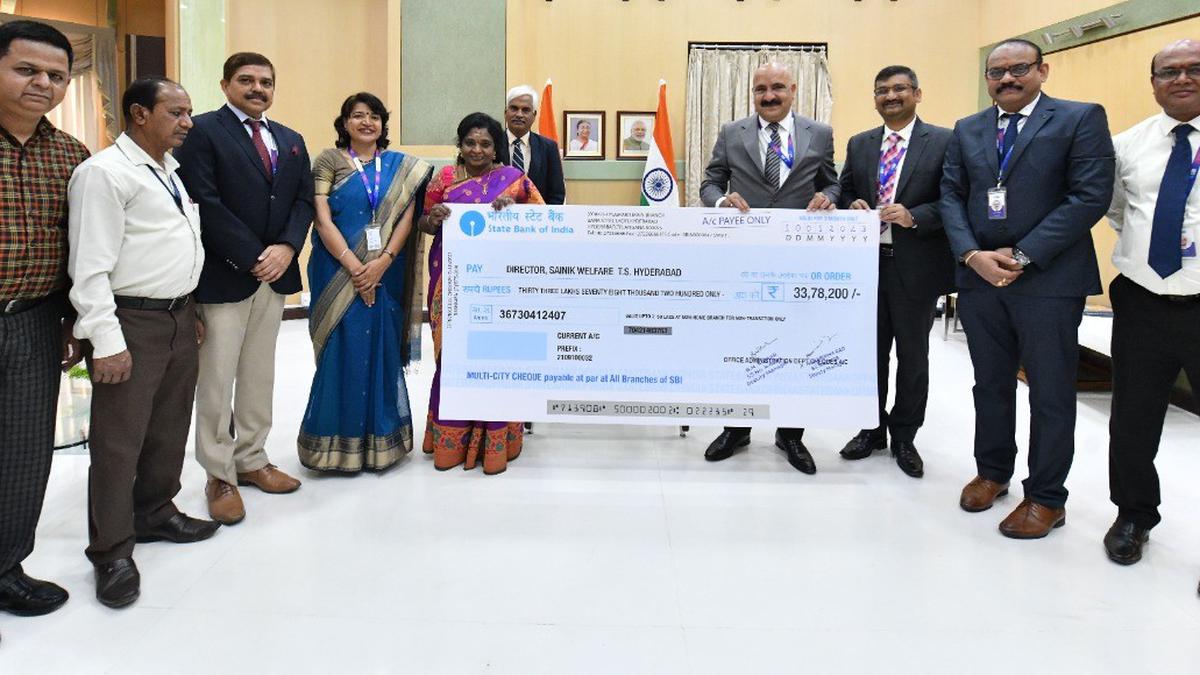 Chief General Manager Amit Jhingran handed over a cheque for the amount to Governor Tamilisai Soundararajan, who is the Chairperson of Armed Forces Flag Day Fund.

The Governor said the contribution was for a noble cause and the gesture would inspire other organisations and citizens to emulate. She also acknowledged the contribution of SBI in support of welfare of war veterans, ex-servicemen, war widows and their dependents.

SBI offers a host of schemes for serving Defence personnel and looked forward to contributing to various schemes for rehabilitation and resettlement of ex-servicemen, Mr. Jhingran said.