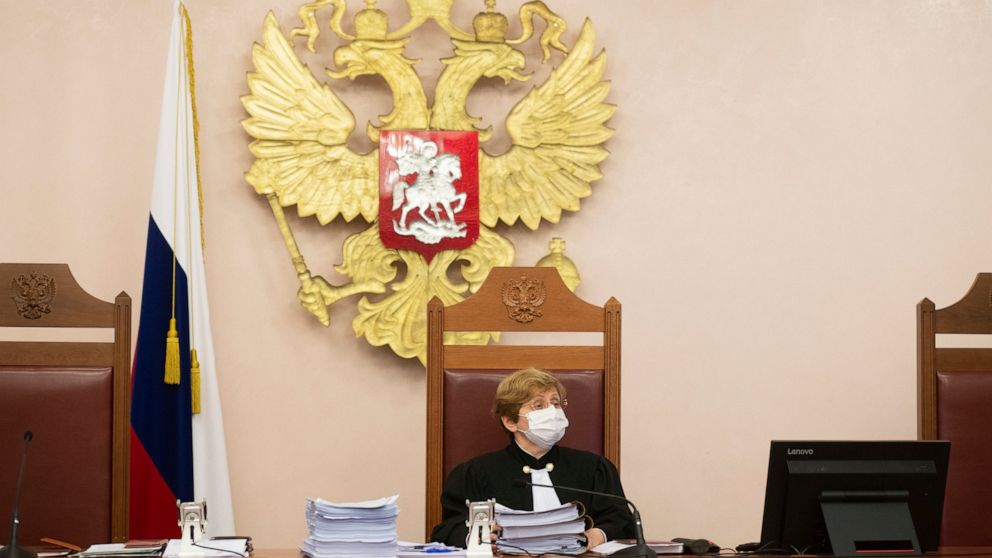 Russia’s Supreme Court on Thursday is hearing a petition to shut down one of the country’s oldest and most prominent human rights group, a move that sparked public outrage and is part of a months-long crackdown on dissent

MOSCOW -- Russia's Supreme Court is hearing a petition Thursday to shut down one of the country’s oldest and most prominent human rights group, a move that elicited public outrage and is part of a months-long crackdown on activists, independent media and opposition supporters.

The Prosecutor General’s Office earlier this month petitioned the Supreme Court to revoke the legal status of Memorial — an international human rights group that rose to prominence for its studies of political repressions in the Soviet Union and currently encompasses more than 50 smaller groups in Russia and abroad.

Memorial was declared a “foreign agent” in 2016 — a label that implies additional government scrutiny and carries strong pejorative connotations that can discredit the targeted organization. Prosecutors allege that the group repeatedly violated regulations obligating it to mark itself as a “foreign agent” and tried to conceal the designation.

Memorial and its supporters have maintained the accusations are politically motivated.