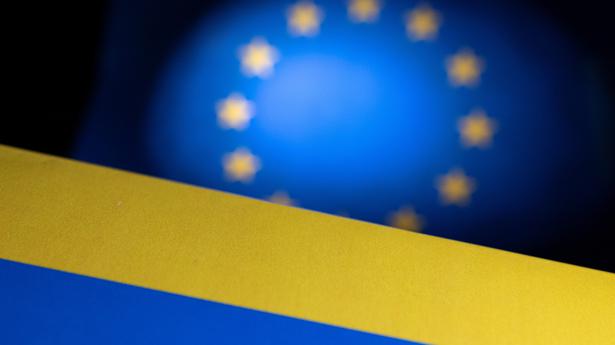 Here are the latest developments from the ongoing Russia-Ukraine conflict on June 24, 2022

The European Union agreed on Thursday to put Ukraine on a path toward EU membership, acting with uncharacteristic speed and unity to pull the embattled country further away from Russia’s influence and bind it more closely to the West. Meeting at a summit in Brussels, leaders of the EU’s 27 nations mustered the required unanimous approval to grant Ukraine candidate status. That sets in motion a membership process that could take years or even decades.

Ukrainian President Volodymyr Zelensky tweeted his gratitude and declared: “Ukraine’s future is within the EU.” “It’s a victory. We have been waiting for 120 days and 30 years,” he said on Instagram, referring to the duration of the war and the decades since Ukraine became independent upon the breakup of the Soviet Union. “And now we will defeat the enemy.”

Meanwhile, Ukraine’s General Staff said Russian forces took control of the villages of Loskutivka and Rai-Oleksandrivka, and were trying to capture Syrotyne, a settlement outside the province’s administrative center, Sievierodonetsk. Luhansk Gov. Serhiy Haidai told The Associated Press that the Russians were “burning everything out” in their offensive to encircle Ukraine’s fighters.

“The Russians are advancing without trying to spare the ammunition or troops, and they aren’t running out of either,” Haidai said. “They have an edge in heavy artillery and the number of troops.”

The Russian military extended its grip on territory in eastern Ukraine as it seeks to cut supply lines and encircle frontline Ukrainian forces, while the Ukrainian military announced Thursday the arrival of powerful U.S. multiple-launch rocket systems it hopes will offer a battlefield advantage.

Ukrainian forces withdrew from some areas near the city of Lysychansk to avoid being surrounded as Russians sent in reinforcements and concentrated their firepower in the area, Britain’s Defense Ministry said. The city is located in Luhansk province, a major battlefield in Russian President Vladimir Putin’s war against Ukraine. - AP