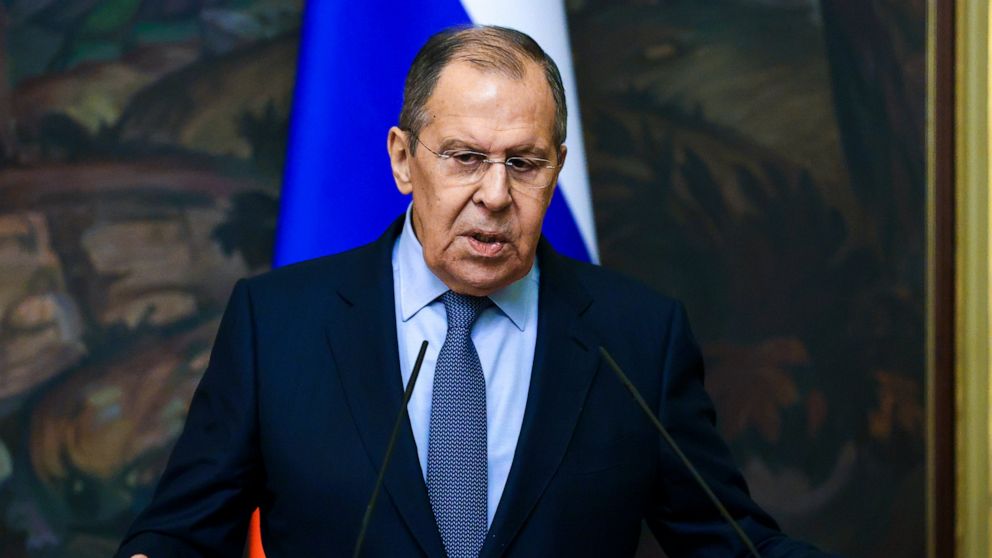 MOSCOW -- Russia is sending troops from the country’s far east to Belarus for major war games, officials said Tuesday, a deployment that will further beef up Russian military assets near Ukraine amid Western fears of a planned invasion.

Deputy Defense Minister Alexander Fomin said the drills would involve practicing a joint response to external threats by Russia and Belarus, which have close political, economic and military ties.

Ukrainian officials have warned that neighboring Russia could launch an attack from various directions, including from Belarus.

A series of talks last week between Russia, the U.S. and NATO failed to quell the tensions over Ukraine. U.S. Secertary of State Antony Blinken is set to meet his Russian counterpart in Geneva on Friday in another attempt to deescalate tensions.

The head of the U.N.’s World Food Program is telling billionaires it’s “time to step up” as the global threat of food insecurity rises because of Russia’s war in Ukraine

EXPLAINER: Why were Japanese abducted by North Korea?

U.S. President Joe Biden has met with families of Japanese citizens abducted by North Korea decades ago to show his support for their efforts to win the return of their loved ones

Ukrainian President Volodymyr Zelenskyy is calling for “maximum” sanctions against Russia during a virtual speech at the World Economic Forum gathering in Davos, Switzerland

The latest edition of the World Economic Forum has kicked off in Davos, Switzerland

Albanese sworn in as PM in Australia ahead of Tokyo summit

Migrant back home after 7 years in Mexico jail unsentenced

Iran building collapse kills 11 as mayor and others detained

Iranian media say the death toll from the collapse of a commercial building still under construction in southwestern Iran has reached 11, after more bodies were retrieved from the rubble in the city of Abadan

South Africa’s neutral stance on Russia’s war in Ukraine will be a major topic of conversation as German Chancellor Olaf Scholz meets Tuesday with South African President Cyril Ramaphosa, to end his three-nation tour of Africa

200 bodies found in Mariupol as war rages in Ukraine's east

'Never have I been so ashamed': Russian envoy criticizes war

A veteran Russian diplomat to the U.N. Office at Geneva says he handed in his resignation before sending out a scathing letter to foreign colleagues inveighing against the “aggressive war unleashed” by President Vladimir Putin in Ukraine

A sandstorm has blanketed parts of the Middle East including Iraq, Syria, Iran, Kuwait and Saudi Arabia