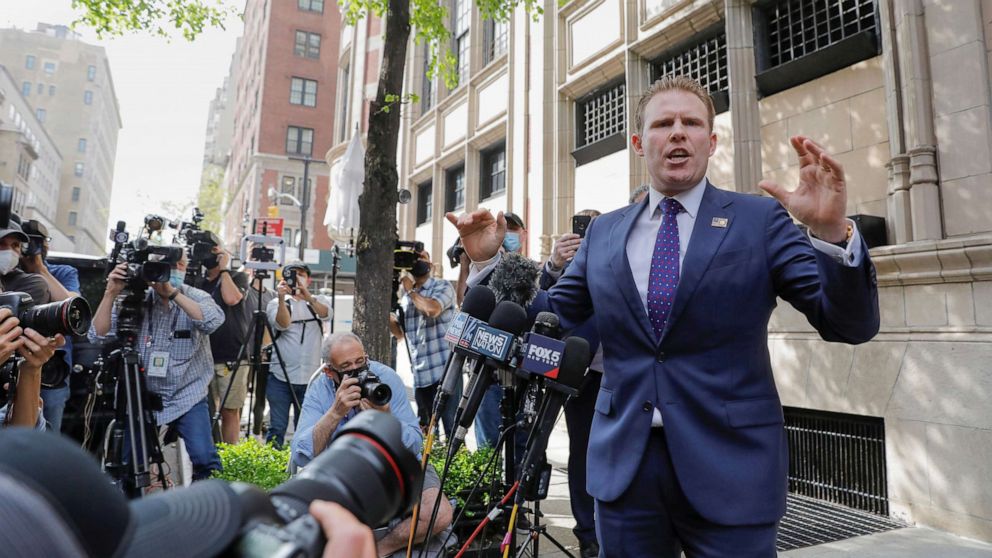 Andrew Giuliani, the son of close Trump ally and embattled former New York City Mayor Rudy Giuliani, will announce his run for governor of New York on Tuesday afternoon. ABC News previously reported that Giuliani was "strongly considering" a bid to run against three-time incumbent Gov. Andrew Cuomo, a Democrat, and that he was meeting with Republican leaders across the state. Rep. Lee Zeldin and Rob Astorino, who was the GOP's nominee for the office in 2014, are the other Republicans in the race to unseat Cuomo, although Cuomo hasn't officially announced his intent to seek a fourth term. "I’m a politician out of the womb. It’s in my DNA," Giuliani told the New York Post. "Giuliani vs. Cuomo. Holy smokes. It’s Muhammad Ali vs. Joe Frazier. We can sell tickets at Madison Square Garden."